It’s been about eight months since Mario Tennis Aces was released back in June 2018. The game launched with sixteen characters to play as, has since added nine more characters as DLC, and is about to drop their tenth additional character. This past month, players had the opportunity to unlock Boom Boom, but if you did not unlock him, he unlocks for everyone tomorrow. Yesterday, Nintendo released a gameplay trailer of the the new Mario Tennis Aces DLC character Pauline. They also announced that Kamek and Dry Bones will also be coming soon to the court. 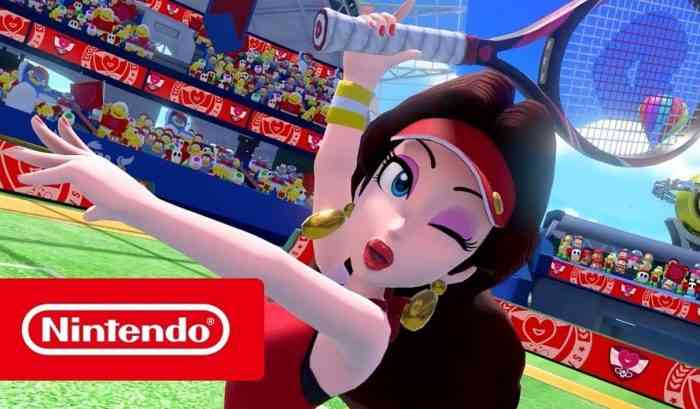 The trailer shows off Pauline’s standard shots, trick shots, and her special shot. The gameplay is backed by the Super Mario Odyssey theme song Jump Up, Super Star which is sung by Pauline. She was the OG damsel in distress for Mario to save way back in Donkey Kong. Hopefully there’s no hard feelings between her and DK. Her character has developed quite a bit since then. Her most recent appearance in Super Mario Odyssey brought her back as a jazz singer and mayor of New Donk City. I don’t know if she should be mayor of New Donk City. I can think of others more suited to be lead Donk, like Solid Snake.

Pauline is not the only new character to make news for Mario Tennis Aces. Nintendo also announced that Mario enemies Kamek and Dry Bones will be added to the roster. Kamek will be available in April and Dry Bones in May. All three characters can be unlocked by playing tournaments during each of their respective release months. After those months are over, like in Boom Boom’s release, the characters will be unlocked for everyone regardless of participation.

Will you be getting into these tournaments? Let us know in the comments below.


Bugsnax Director Says They Are Not Done With It