He’s Free, but You Have to Work For Him

Mario Tennis Aces has added a bunch of new characters since its release in June of 2018. These characters include Shy Guy, Diddy Kong, Petey Pirahna, and Luma. The newest update brings in Boom Boom, a boss from Super Mario Bros. 3. The update is not just handing players the new character. It brings in an online mode to for players to compete in, earning the new Mario Tennis Aces DLC character. Nintendo’s patch notes also indicate a number of small balancing fixes to entire cast of characters. 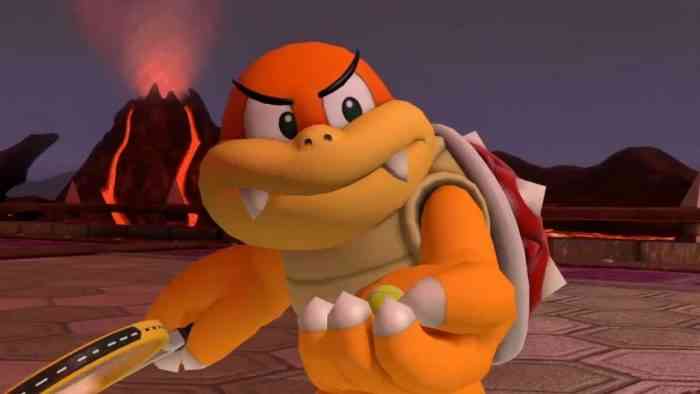 There are two ways of unlocking Boom Boom. The first, players can compete in the Online Tournament mode between February 1st and February 28th. Everyone else will unlock Boom Boom automatically on March 1st. Mario Tennis Aces players can also revisit the Boo Hunt Co-op Challenge until March 2nd. In this particular Swing Mode, co-op partners team up to hit as many Boos as possible with the ball in the time limit. The rewards for this challenge are various costumes for their Boo character. The Nintendo Switch Online membership is required to participate in the Co-op Challenge.

This update also brings Hosted Matches to the game. This will allow players to invite and play with friends more easily both in online and LAN scenarios. To host a match, the player will have to be on the main menu and then hold the L and R buttons and then pressing down the Right Stick. Just a wild idea: maybe just add a Host Game option from the main menu? But I’m no game developer, so ignore me. February 1st is also the launch date of another DLC character Pirahna Plant in Super Smash Bros. Ultimate.

Are you going to be picking up Boom Boom? Let us know in the comments below.