Tennis World Tour, released in 2018, didn’t exactly hit an ace with gamers with its rough gameplay and generally unpolished state. Now developers Big Ant Studios serve up a second shot at tennis success with Tennis World Tour 2 Complete Edition, bringing not only an updated version of the game but some extra content in the PS5 version. Unfortunately, while there are a few positives, this latest offering still misses the mark and fails to bring the greatness of tennis to gaming.

As someone who plays and watches real tennis fairly regularly, I know that the game is exciting and fun, but for many reasons that magic is sadly missing from Tennis World Tour 2. For one thing, while controlling and moving your player on the court is straightforward in theory, in practice it is awkward and very frustrating. Moving side to side should be fluid, but character animation is clunky and the range of motion bafflingly limited; this results in your player annoyingly stumbling sideways instead of running for the ball. The game gives you the ability to sprint with the R2 trigger, but this is very laggy and your opponent will blast their shot past you before you are even close to reaching the ball.

When hitting the ball, it doesn’t get much better. To take a shot, you hit the button when close to the ball, tapping quickly for an accurate but slower precision shot, and holding and releasing the button for a stronger but riskier shot. The problem here is that powered-up shots usually land out, and I saw no way to really control where they landed. There is supposed to be the ability to control left-right aiming with the left stick, but from what I experienced the only input that registered was “extreme left or right.” Thus, you’ll quickly find that the safe precision shot is your only regular option. This results in lots of longer rallies in which you might win some points by luck but otherwise have little chance at purposely hitting winners.

In serving (perhaps the most crucial part of a tennis match), this technical issue becomes almost a game-breaker. Again, powerful serves can be attempted with the same button-hold technique but since there is no control over placement, they almost always go out. Or, if you do manage a rare successful power serve, your opponent will always (in my experience) smoke it past you with their return shot. So, you’ll get broken a lot, but on the bright side your AI opponent also serves atrociously as well, keeping matches from being completely lopsided, I suppose. In normal tennis the server has the advantage but in Tennis World Tour 2, it is the opposite. 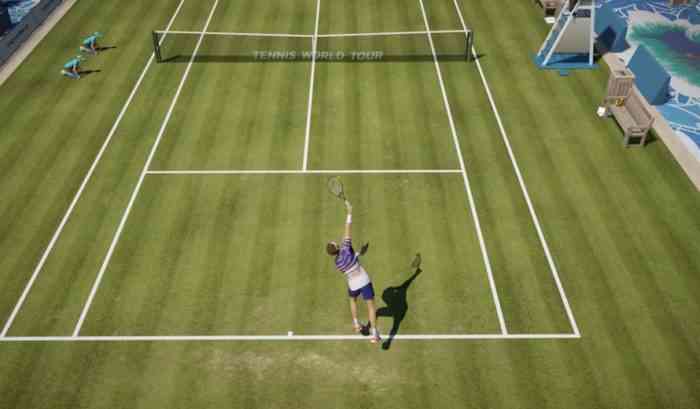 And then there’s the card system. I haven’t even yet mentioned Tennis World Tour 2’s strange buff cards that you get to play during matches to temporarily boost things like accuracy or power. They just feel weird and frankly, unwanted. As a fan of tennis, I just want to play tennis. I don’t want to be fiddling with cards and “boosts” and “debuffs,” especially when I am already struggling with an imperfect control mechanic as it is. The whole card system just feels out of place; in fact I’d go further and say it feels intrusive, an attempt by the developers to somehow lay the groundwork for some sort of microtransactions.

Easy on the Eyes

I will admit, there are a few positives to Tennis World Tour 2 Complete Edition. It does look pretty nice, especially during matches where the overhead view gives the game a photo-realistic feel that will remind you of actual TV tennis broadcasts (aside from the absence of voiced commentary). There are nice ray-tracing effects added for this upgrade, and combined with the 4K resolution and 60FPS, it is definitely a looker at times. Many of the stadiums are also faithful recreations of real-life venues like Wimbledon, Flushing Meadows or Roland-Garros (although due to licensing they don’t always have the official names). On an aesthetic level Tennis World Tour 2 does at least give you the feel of a real-live tennis match. 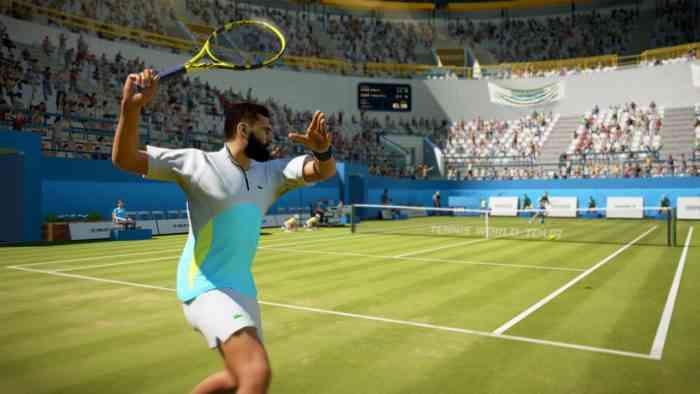 And I will say that Tennis World Tour 2 Complete Edition gives you a variety of modes and ways to play. Exhibition matches let you play as any one of 48 tennis superstars to choose from, and they actually look pretty realistic. In Career mode, you can create your own player and work your way up the rankings, entering tournaments in singles and doubles matches and upgrading your gear with your winnings. There’s even Online mode if you want to play against another human, although I was unable to find an opponent during my play time, despite waiting in matchmaking for quite a while — maybe that is due to the game being so recently released, I don’t know.

But unfortunately, even the different modes, slick visuals and silky-smooth frame rate can’t make up for the fact that World Tennis Tour 2 Complete Edition’s core experience, playing tennis, is a huge let-down. It is extremely disappointing that Big Ant Studios has failed to adequately address the basic gameplay shortcomings that have been around since the first Tennis World Tour back in 2018. As a fan of the sport I badly wanted this game to be better, but Tennis World Tour 2 Complete Edition will make even the most die-hard tennis fanatic want to smash their racquet and head to the dressing room. 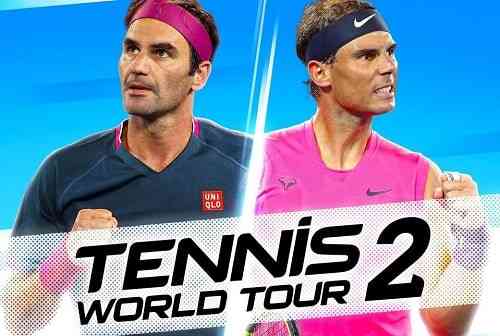 The Three Best (and Worst) Games of September 2020