Battle Brothers (Switch) Review – Not Any Port in a Storm

There are some ideas that just lend themselves to good video games. It’s why we’ve seen so many Viking games lately. A culture devoted to naval raids and axe fighting is also a culture dedicated to good game mechanics. The same principle applies to Battle Brothers, a strategy game where you command a company of struggling, mud-splattered medieval mercs. It’s not just a good game, it’s a strategy masterpiece. Unfortunately, a shaky port makes the Switch version of the game clearly inferior.

I’ve been a long-time lover of Battle Brothers for PC. Sure the graphics might be simple, but there are few games that can match it for tactical complexity. It’s a well-designed simulator. There are oodles of simple decisions to make, and each of them feed into each other. You’ll recruit dudes in towns, give them weapons and armor, and eventually prepare to defend the realm from a big-time fantasy incursion that could spell doom for all.

What’s been a true pleasure has been watching Battle Brothers evolve with every expansion. The big ones add major regions to the map and more cultures. Those cultures add a ton of new soldier types, weapons, missions, pretty much every part of the game have been deepened. And the Switch edition of Battle Brothers comes with all of that content, which is what makes the strategic element so rich. 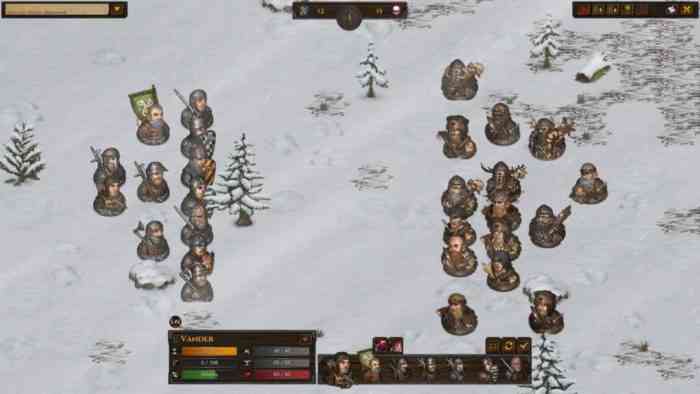 Let’s look, for example, at a simple decision like weapon selection. You’re going to have melee guys on your front line, but what sort of weapon should they wield? A sword is a good all-around choice. It does OK damage and doesn’t deplete too much of your stamina. But if you are going up against opponents who have shields, maybe you’d be better off using an axe. It deals more damage to armor (and the cost of using more stamina) and has a special attack that will let you hack a shield to pieces. But you know, maybe you’d prefer a morningstar which is less accurate than a sword or axe, but can be swung over a shield completely.

That level of complex micromanaging makes Battle Brothers a really fun turn-based strategy game, and it’s bolstered by a good management game. Those weapons? More expensive than recruiting guys! And maintaining those weapons? Oof, that’s gonna take some income. You’d be better off fighting dirty, chopping off some heads, and looting the battlefield for better equipment. That way, you can save your money for a really nice banner and get a morale bonus, or recruit a civilian helper like a cook or a quartermaster.

When I heard Battle Brothers was coming to Switch, I was ecstatic. The Switch is the only console that I find myself repurchasing games on. There’s something magical about the little Nintendo hybrid machine. I love playing indie games on my TV, and then taking them with me to play them over my lunch break at work. And Battle Brothers seemed like the perfect game for that. It’s turn-based, and campaigns can go on for a long time. I was ready to lose hours of sleep, and to sneak turns when things got slow.

As it happens, I feel less keen about all that now. It’s not that the Switch version lacks for graphical fidelity. I’ll be real with you, the simplistic pawns that represent units in Battle Brothers were never that beautiful to behold. No, where the port loses me is the controls. And the load times. But mostly the controls. 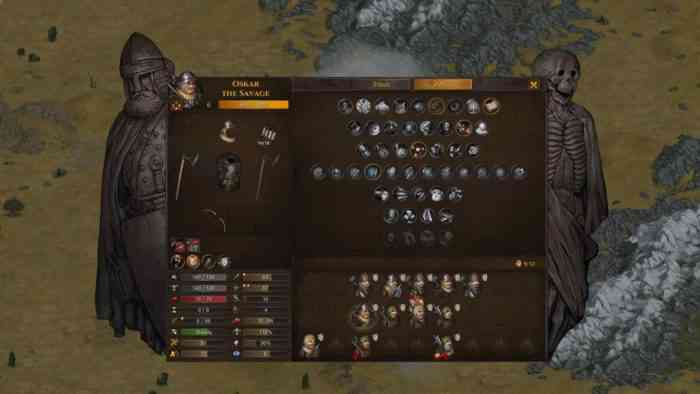 I’m used to playing Battle Brothers with a keyboard and mouse. And it seems like that’s really the only comfortable way to play. The cursor and mouse controls have been brought over to the Switch exactly, only you are using the joystick to move a little finger-cursor around. If you’ve played this kind of strategy game before, you know how disruptive it can be to click on the wrong box. You can lose a turn, a soldier, or the entire game. On Switch, I found this happening at least once per encounter. The cursor isn’t locked to the grid (and it’s very sensitive), so it is very easy to overshoot your target.

The game uses a similar cursor in towns as well. And in shops. In some cases, you can flick between your options, but the way buildings and weapons light up isn’t always the clearest. You also are at the mercy of the Switch’s keyboard controls when you want to manually type something in. I’m the kind of nerd who likes to name all their guys after my favorite characters in a book, or every member of the WWE roster or something. Typing is such a chore that I always went with the default names for everyone. Probably not a huge deal for most people, but it drained away just a little bit of the spice.

Battle Brothers is a hard game! And I love that. Even on the easiest difficulty settings, it’s easy to make a critical mistake with long-lasting consequences. There are so many choices at any given time that sudden tragedies often feel like opportunities to overcome some serious adversity. But you know how it is. It’s fun to pay for a tactical error. It’s less fun to lose your best guy because you accidentally walked him right into the danger zone.

I spent a good couple of hours commanding my company (always named the Battle Brothers, because I couldn’t be bothered to change the default). The tragedies were always interesting. Often, they were killed by bandits, or rival mercenary companies. Once I was slaughtered by a noble house who my soldiers had deserted. On one notable occasion, my troops were mobbed by ifrit in the deserts far from home. (Total party kill on that one). I never felt responsible for these tragedies. I felt like I was the victim of cruel fate.

So I turned off my Switch and booted up my PC. I started a new game of Battle Brothers on that. And you know what? It’s as good as it ever was. A truly superlative strategy game made better with mods. I could not recommend Battle Brothers enough, but do yourself a favor and avoid the Nintendo Switch version. You’ll avoid one tragic end to meet a much more satisfactory one. 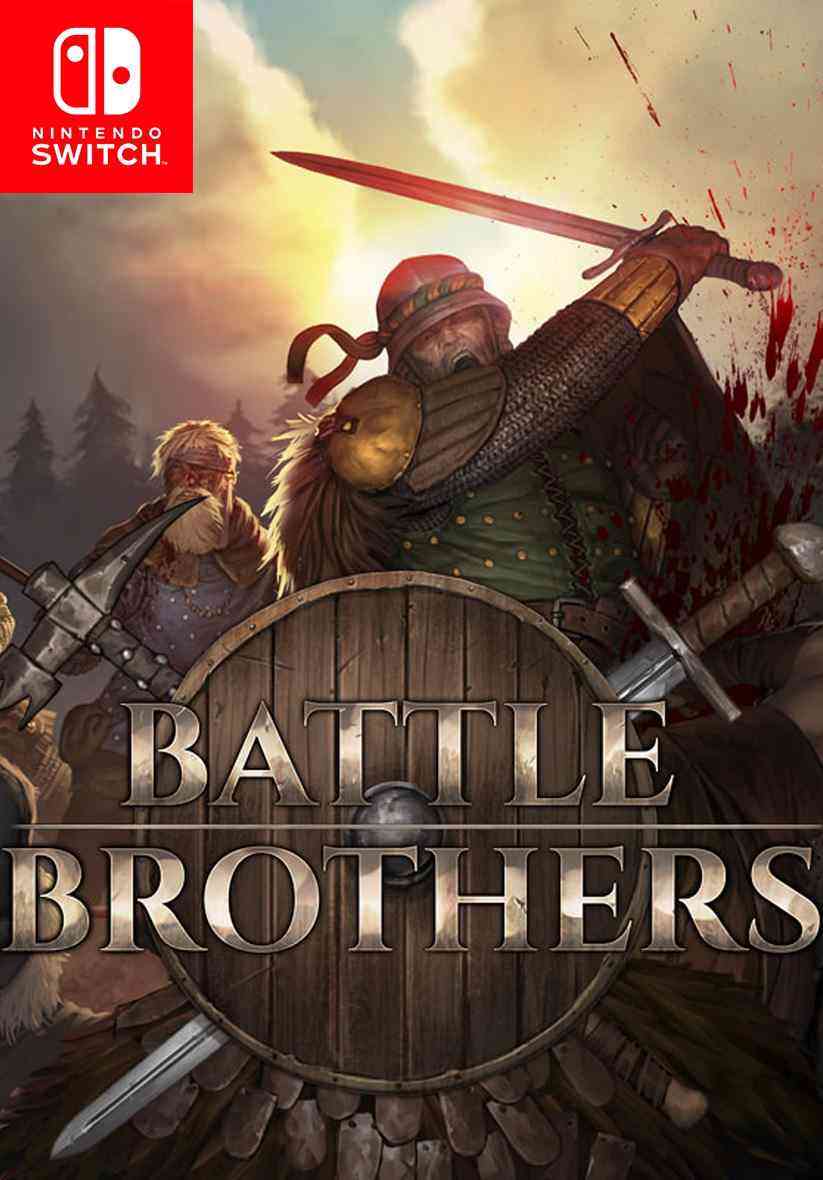