The platforming genre has been a staple of the industry since its inception. Packed to the brim with personality, the brightly colored worlds have spawned some of the most iconic characters in video games. With a rich pedigree in the genre, acclaimed director Yuji Naka (Sonic, Nights into Dreams) is once again at the helm for a new project; Balan Wonderworld. Can he rediscover the formula that proved so successful with his previous efforts?

Similarities to his previous titles are instantly recognizable, the googly-eyed, family-friendly characters evoke a sense of innocence and awe that will communicate with younger gamers. Coupled with this is the simple plot. Upon selecting your male or female character, you discover a theatre that acts as a portal to other worlds. Each of the 12 areas are manifestations of memories and hardship of different people. These simple stories add relevance to the areas and will pique the interest of youths, however, the childlike situations and scenarios are largely forgettable for those more mature. Your goal to restore the heart of the world, helping to ease anxieties that have affected the correlating character is realized through beautifully constructed cutscenes. These magnificently executed sequences, with luscious continuous tracking shots and exaggerated animations, are a joy to experience and will bring a smile to most viewers.

Following conventions established by pioneers of the genre such as Banjo Kazooie, each world is stuffed with collectibles and gems. As you peruse the environment, you’ll notice nooks and crannies to explore which tend to be home to an array of goodies. The Balan Statues are of primary importance and are scattered around each level. Some are easy to attain whereas others are well hidden and may require you to use a little ingenuity to collect. As well as including 7 to 8 statues, areas also feature sports-related mini-games and the Balan Battle, which is a QTE segment featuring the eponymous character in a music-filled battle with the antagonist. 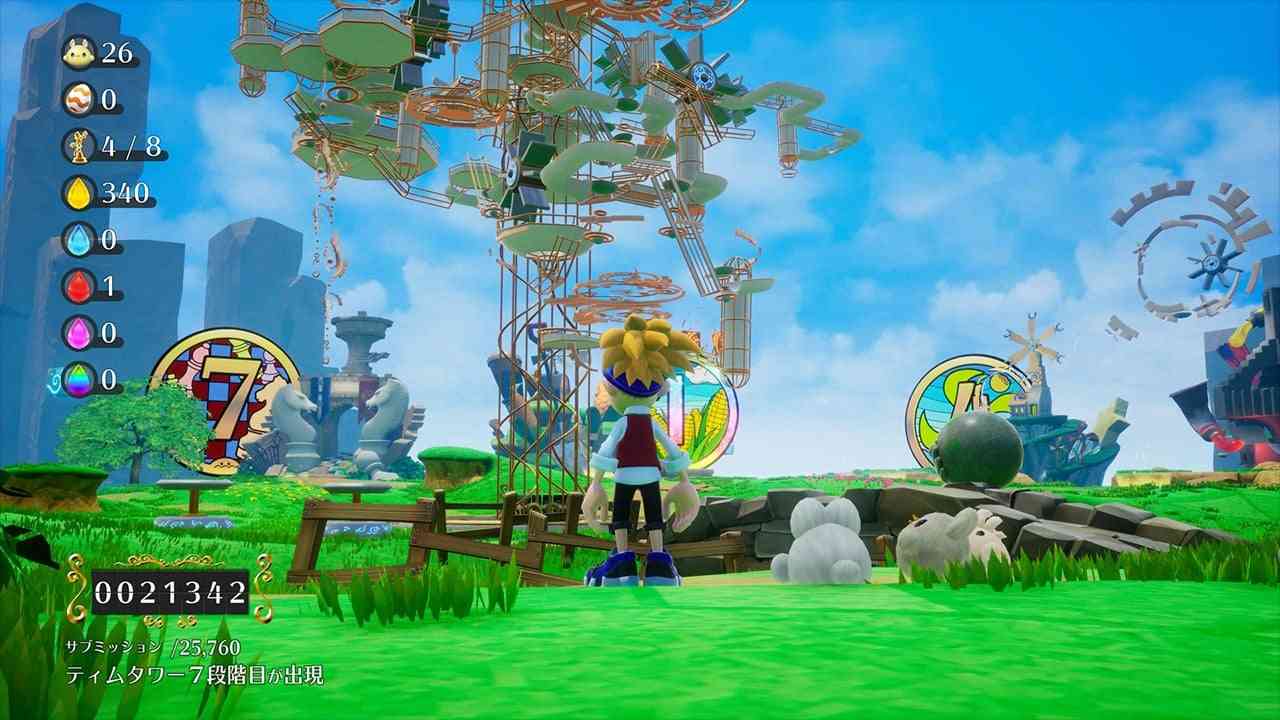 Whether it’s Sonic’s speed or Mario’s fixation on mushrooms, each platformer has a gimmick or gameplay mechanic which differentiates itself from other titles and this is where Balan Wonderworld shines. With over 80 costumes that are all tied to unique abilities, the game encourages you to revisit areas to access new sections that can only be reached with abilities gained in other worlds adding a puzzle element to the game. At any one time, you can equip three costumes and switch between them instantly. In addition to this, you can select any outfit you have at checkpoints which are generously placed on each level. The wacky and bizarre costumes are varied both visually and mechanically. Some morph you into a spider-like creature allowing you to climb spider webs whereas others allow you to dart through the sky with pinpoint precision.

Venturing through the diverse terrain is stilted by the stiff movement which is reminiscent of a PS2 era platformer. Due to the ultra simplistic control system that is centered around one button, the gameplay lacks the fluidity that is inherently tied to the genre. The inability to jump unless you are wearing the correct attire hinders the enjoyment, adding frustration when attempting to overcome simple obstacles. Balan Wonderworld’s lack of challenge may also deter gamers, however, the inclusion of local co-op play is an excellent option if you are in search of a casual stroll through a bonkers, Japanese-inspired universe with a younger gamer. Some co-op decisions are strange such as player one controlling the camera and an auto-attach function that fuses the players together, but it still acts as a decent gateway into 3D platformers. With a ton of collectibles, levels can also be revisited adding lots of replayability for completionists. 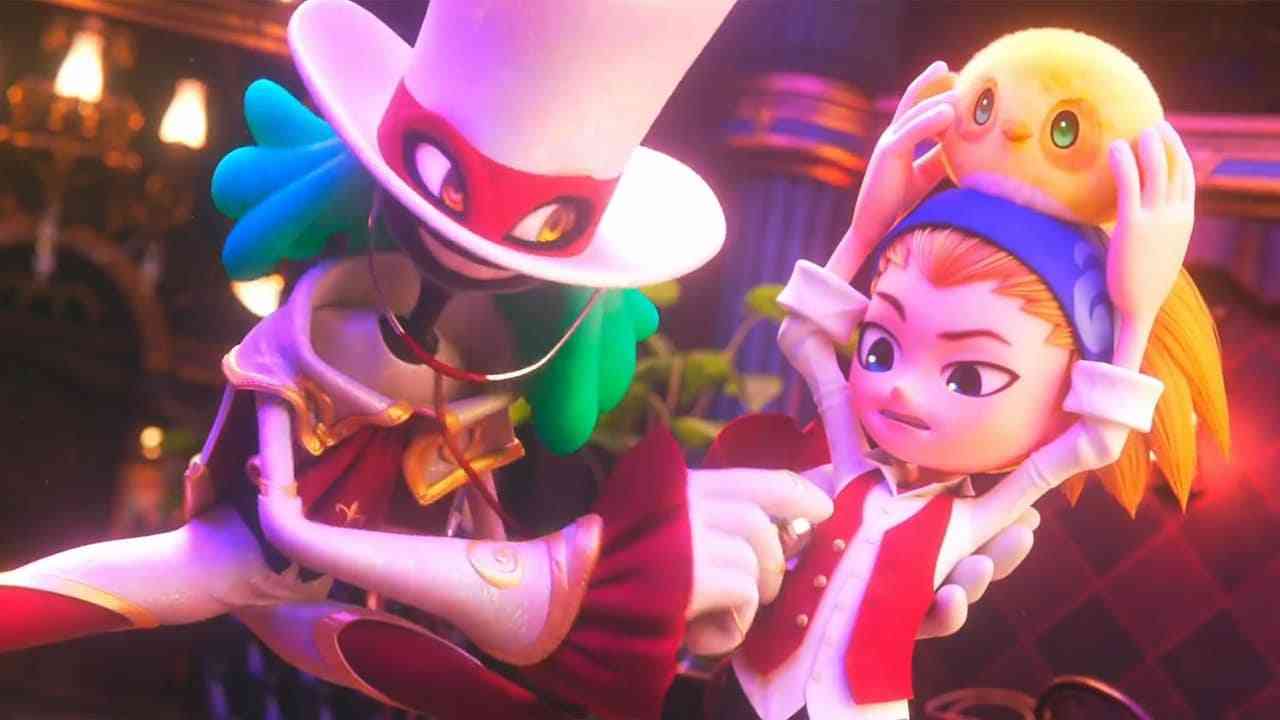 Music is at the forefront of the game, characters jive as you traverse the plains, and boss fights culminate in a dance number. Yes, you read that right. Fortunately, the over-the-top Japanese tracks are delightful and feel as if they belong in this nonsensical world. Coupled with the bright aesthetic, these strange design decisions seem to partner one another in a harmonious marriage.

Balan Wonderworld features a range of interesting ideas that are plagued by dated mechanics. Even after losing yourself in the absurd universe, you are quickly brought back to reality due to the rigid movement and odd control scheme that oppose expectations of the genre. Although the game has a lot of charm, it does little to stand out amongst the crowd and due to this, it can be rightfully overlooked. 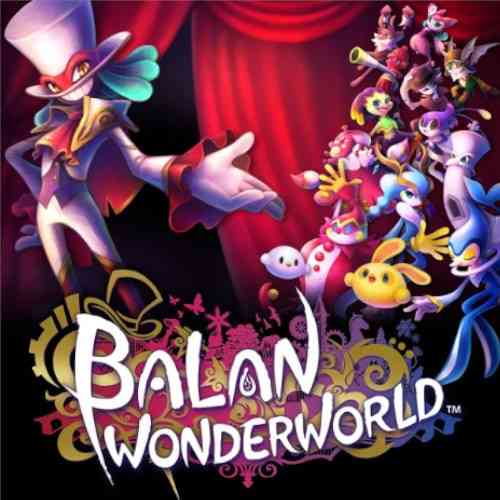 
Wavetale Review – Wading Through the Waves

One True Hero, 3D Platformer, Coming to Consoles in October
Next Battle Brothers (Switch) Review – Not Any Port in a Storm
Previous Lost Words: Beyond the Page Review – All The Feels