Battlefield 2042 is Excellent and Disappointing at The Same Time

With an immense, sprawling map divided into sectors, 128-player matches, future-war toys like murder robots and a sky teeming with helicopters, planes and a launching rocket, Battlefield 2042 definitely feels like a hybrid of the old, familiar game and a lot of new ideas, even if not all of them are super consequential. I had the chance to play a beta version of one map and one mode on the PS5 version of the game, and I came away both impressed and just a tiny bit skeptical.

The map was called Orbital, and featured a wide range of landscape elements from jungle foliage to a very large military space complex with a launch pad and several towering buildings from which to jump, glide and snipe. Verticality was definitely a feature throughout the map as it is possible to both use a grappling hook and also use a zip line to move up. Given that it was a beta build of the map — and by all accounts, not a very recent one at that — things looked pretty good overall, with some especially nice weather effects around the randomly occurring tornado. Yes, that’s correct, every so often a tornado will rip its destructive way across the map, and at least in the games I played, player response was to ride that sucker, even though it of course meant death and bailing from the match. 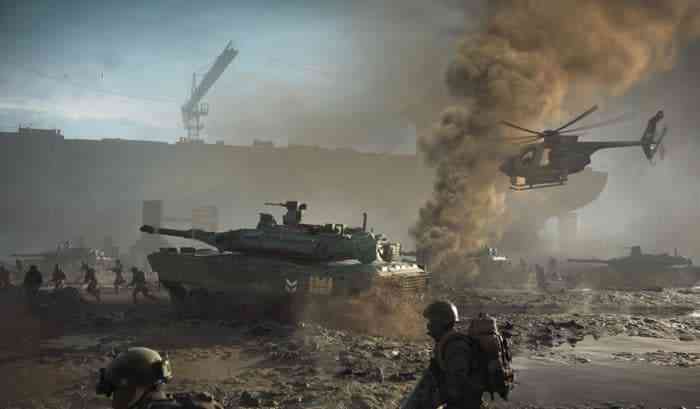 Match size has doubled from 64 players to 128, but given the size of the map, it hardly feels congested since there is so much area to get lost in. At least in the Conquest mode, the map is divided into sectors to capture, which each sector having a flag. Battlefield 2042 fills out the teams with bots, and there were definitely matches where the bots almost seemed to outnumber the players. The bots typically were easy to spot, but not necessarily easy to kill, and their AI ranged from stupid to ridiculously accurate from distance. I get the purpose of the bots — to keep the matches full and serve as placeholders for human players — and I also imagine that the real game will rely much less heavily on them when it launches.

As usual with Battlefield, all the weapons I had the opportunity to try felt pretty good, especially the go-to stalwart assault riles, SMGs and sniper rifles. One of the best new mechanics is the ability to swap out weapon attachments in the heat of battle using the radial menu. Overall, the flow of combat seemed very much Battlefield: a little serious, a little goofy, and always frenetic, with spare downtime except on those long treks across the very big map. 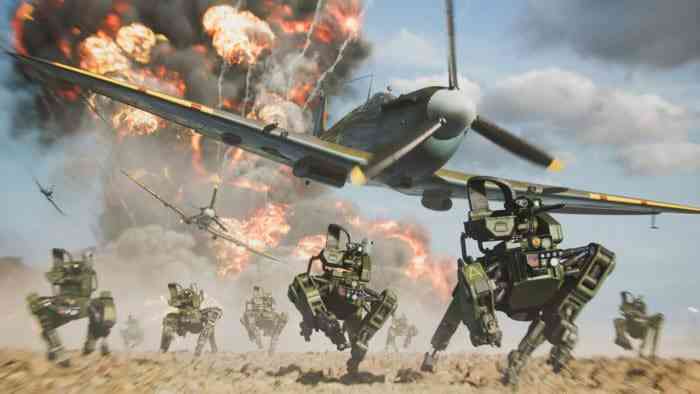 If you’re into the land and air vehicles, there’s a lot to explore both as the driver/pilot and gunner. The helicopter was my favorite, but the zippy electric trucks, tanks and planes seemed like they could be a lot of fun, too. Apropos its near-future setting, Battlefield 2042 goes heavy on the speculative gear and I enjoyed the break from the more historically-focused Battlefield games. There’s no campaign at all, but there are four Specialists that have unique abilities and whose stories create some form of continuity between matches and maps. How the role of Specialist are assigned to players remained a bit of a mystery to me.

Given that the beta was simply that, the technical issues were less troubling than they would have been in a version closer to release. There was definitely a bit of texture pop-in, and some inconsistency with player names and team designations appearing over their heads. There were graphical anomalies galore and definitely some strange animations around the bots. But generally, the game ran smoothly considering the insane amount of stuff going on, visual effects, and players coming and going. 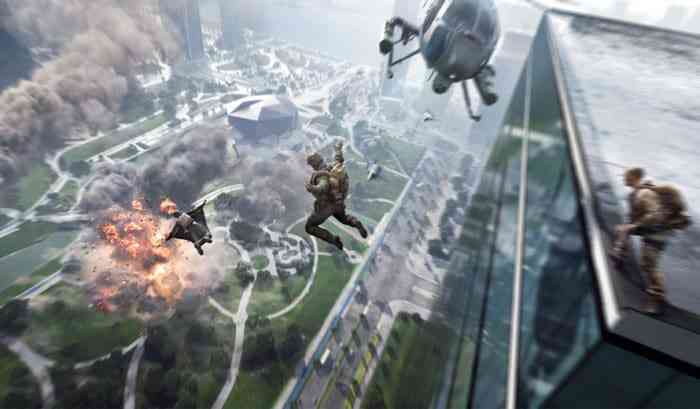 I spent a handful of hours with Battlefield 2042 and I wish I had had more time to play. It feels very much like a Battlefield game, and while that can imply both excellent and disappointing experiences, I thought the map, the weapons, and the general flow of insanely varied combat through the sectors were all in good, if still rough shape. The number of bots was a bummer and of course, as with any multiplayer shooter, the real fun comes with time and increased mastery. I look forward to playing the full game when it releases on November 19.

Prodeus, Action Shooter, Moves Out of Early Access in Late September
Next EGX 2021: The Best Video Games From The Show
Previous 8 of The Most Terrifying Video Games on the PlayStation 5