9 Reasons to Nab the Mafia: Trilogy

Why You Should Pickup Mafia: Trilogy

The Mafia: Trilogy was recently announced and released (except for the Mafia remake), bringing the definitive editions of Mafia II and Mafia III to players. If you haven’t given any of the games a try, it is probably time to do so, and here are nine reasons why.

Chances are that a lot of people have not given the original Mafia game a try, and for those who have, it came out back in 2002. Though coming out in August, it is significant to mention that the original Mafia game will receive a full remake, not simply a remaster. For reference, some other recent titles that received full remakes include Trials of Mana, Final Fantasy 7, and Resident Evil 2.

When you pick up Mafia: Trilogy, you will instantly have access to the Definitive Editions of Mafia II and Mafia III. While the remake of Mafia comes out in August, Mafia: Trilogy is the easiest way to check out the whole series. If you have never played or owned any of the Mafia games, Mafia: Trilogy has you covered. 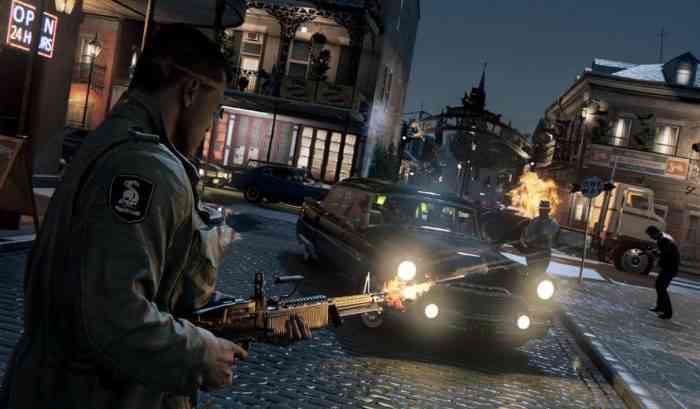 On the other hand, if you already own Mafia II (on Steam) or Mafia III (on Steam, PS4, or Xbox One), you will be granted the Definitive Editions of the games at no additional cost. However, this does not apply to the remake of Mafia, as that is a completely new experience. If you are eligible for this upgrade, then you’ll only be missing the remake of the original game. Players who already own parts of the Trilogy will receive a special discounted upgrade offer to complete the trilogy.

Feels Good to be a Gangster

Sometimes, it just feels good to be bad. Whether you are fresh off of watching a gangster movie or television series, Mafia: Trilogy will give you the opportunity to play through similar experiences. Unlike other games in the genre, the Mafia series is a bit more grounded in realism, a point that we appreciate.