Classic Look For A Classic Game

With the recent launch of Mafia: Definitive Edition, 2K Games and Hangar 13 completed their remastered trilogy of the beloved crime sim series. Today, players will receive a free update adding new options to give the already great-looking game another facelift. 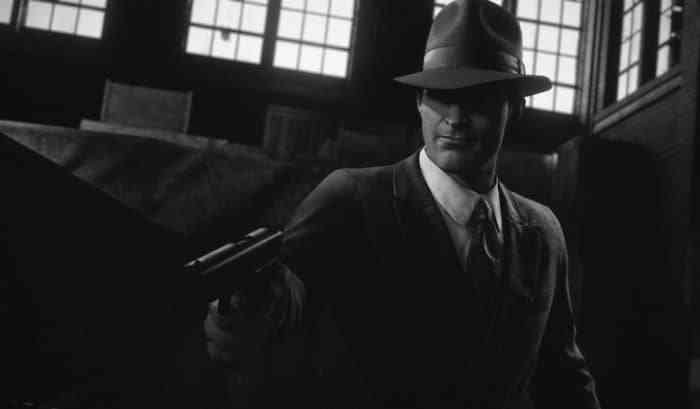 Following in the footsteps of Ghost of Tsushima, which heavily marketed itself on its variety of visual options including Kurosawa mode, Mafia: Definitive Edition is adding a noir mode. Inspired by the film noir pictures that established the look of prohibition era stories, this black and white mode features high contrast and film grain elements to give an authentic noir experience. Noir mode will be enabled for both gameplay and cutscenes, so you can restart your game with noir turned on from the beginning and experience the full tale of Tommy’s rise to power in stunning vintage black and white.

In addition to noir mode, this update gives players more control over HUD elements in the game. You will now be able to disable objective markers, mini-map, and speedometer entirely or use a new minimal HUD mode. With the rise of more advanced photo modes and less invasive UI, Mafia: The Definitive edition is staying on trend by allowing players the option to clear the screen and just enjoy the gorgeous graphics in this remastered version.

Also included in the free update are brand new gameplay options for Free Ride mode, depending on the vehicle you’re driving. While Hangar 13 are being coy about exactly what these new gameplay modes will be, they mentioned that they will “leave the specifics for you to discover and hope you fare well in Lost Heaven”. As Tommy starts out the game as a humble cab driver, it’s fair to anticipate some cab-driving gameplay is being added. We felt free ride mode was a little lacking in content at launch, so some added surprises are most welcome.

This free update also addresses some bugs reported by players since Mafia: Definitive Edition released, including some mission-specific issues such as an assassination animation not triggering properly or vehicles not unlocking properly. Mafia: The Definitive edition already launched with exclusive crossover content for players who owned the whole trilogy, and this patch is described as “the first update” which suggests Hangar 13 will continue to support the game with more fixes and content in the future.

What kind of content would you like to see added in future updates? Let us know in the comments!