5 Things I Absolutely Love About ‘Metro Exodus’ After Playing It

Crafting on the go

One of the most profound updates is the inclusion of Artyom’s new backpack that serves as a portable crafting table. You can immediately invest scavenged materials into upgrading weapons, crafting health kits, and throwables while you’re out and about. It proved incredibly useful when I found myself low on health or felt like swapping the optics on my Saiga-12. On the other hand, upgrading your body armor, crafting ammo, and cleaning your weapons requires an actual crafting table. Exodus adds an additional layer of realism with weapons that progressively breakdown and collect dirt the more they’re fired. The dirtier they become, the less effective they are in battle. So, seeking a crafting a table is paramount to maintaining healthy firearms and a hearty defense.

Weapons now feature five hardpoints for customization that can house a number attachments that suit your play style. What’s also satisfying is the ability to strip abandoned weapons for parts instead of having swap your guns for them entirely. The overhauled weapon customization works in unison with the abilities Artyom’s backpack provides and is definitely one of my favorite additions to the series. Attaching a long barrel and an extended mag to my rifle while under the suppression of enemy gunfire is a blast and immensely satisfying. 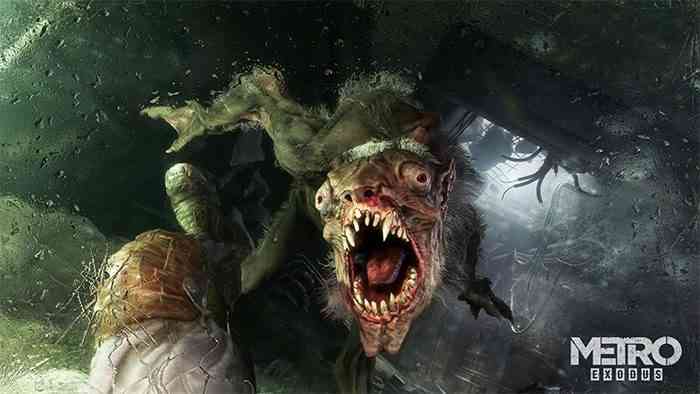 More Choices Than Ever Before

Who will Artyom become? That’s for you to determine as you progress through the narrative stretching a full year in the weathered protagonist’s life. Choices range from do or die moments as seen in previous entries to the mere act of choosing to spare or kill a surrendered enemy. My aforementioned bloody escapade through the cultists’ domain resulted in the surrender of multiple guards. Common courtesy led me to politely knocking them out with the butt of my revolver. But there was one mangy bastard just out of my reach. Laziness led me to blast a round through the back of his skull from afar. My heinous act resulted in an audio cue that suggested I’m a bit of an asshole, and I was later met with a barrage of disappointment from my cohorts at my lack of avoiding violence. Whether through gameplay or scripted story beats, the narrative adapts to your decisions, and you’re free to pave whatever path you choose for Artyom.

Did I mention that Exodus looks exquisite running in native 4K on Xbox One X? It still needs some time in the oven before it’s February 22 launch date, but it’s currently shaping up to not only be a worthy continuation but potentially the very best entry in the series so far. I’m beyond stoked. For more on Metro Exodus, keep it locked on COGconnected.