It’s time to venture back into the fog. This time with nightmare fuel from the past. What could be scarier than a a bloodthirsty knight with no reservations about killing. Today, Behaviour Interactive is excited to introduce the newest chapter to their asymmetrical horror game, Dead By Daylight. The newest chapter introduces not only a new killer and survivor but also a new realm. All of which carry a dark medieval theme that brings a whole new original theme with them. A press release provides more details on the chapter. Additionally, players can check out the “Forged in Fog” reveal trailer from a few weeks ago to get a better look at what is to come. 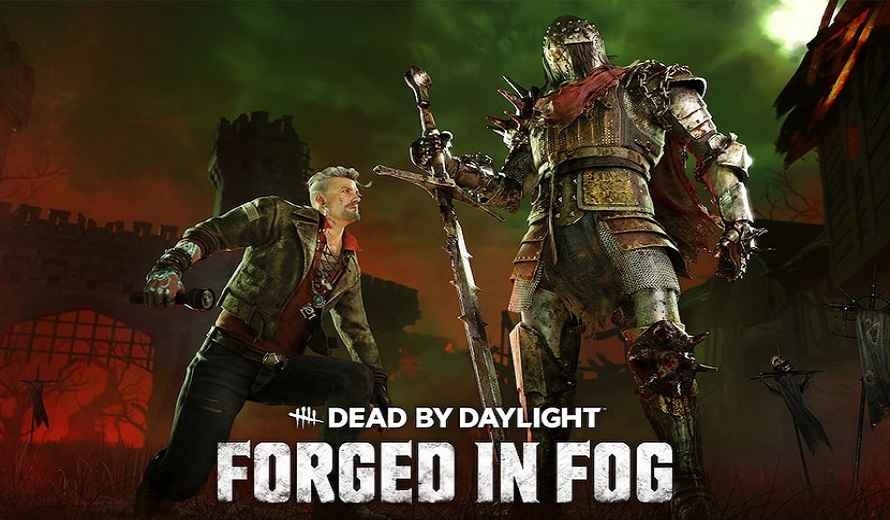 Forged in Fog brings two original characters to Dead by Daylight. Each comes from the medieval past of Earth. The killer is a ruthless knight, a traitor to his lord, and now bloodthirsty for survivors. Born Tarhos Kovacs he now arrives into the Entity’s realm as The Knight. Perhaps one of the most strategic killers to date, The Knight utilizes the “Guardia Compagnia” as his power. This ability allows him to summon three different guards to help him patrol, capture survivors, and slow gen progression. His perks focus on revealing and exposing survivors.

The new survivor is Vittorio Toscano. The betrayed lord, and nemesis of The Knight. His perks focus on using generators to his advantage. Through arcane means Vittorio will reveal the killer’s aura, progress gens faster, and ensure chases give value to nearby gens. Of course, these two characters will be facing off in a whole new realm. The haunting, Shattered Square. Take a look.

The “Forged in Fog” chapter is available now. It is available on Steam, PS5, PS4, Xbox One, Xbox Series X|S, and Nintendo Switch. So, will you face The Knight.