The world of Move or Die is getting a lot more spooky for Halloween. In fact, one could say the game is becoming a little unhinged. Today developer Those Awesome Guys are happy to announce that their Dead By Daylight collaboration for their couch co-op party game, Move or Die, is arriving with the latest update. Of course, the Unhinged update has arrived just in time for Halloween and is bringing a whole host of content to the game. A press release provides more details on the update and what it brings to the game. Additionally, the new Unhinged trailer gives players a glimpse of all they can expect. 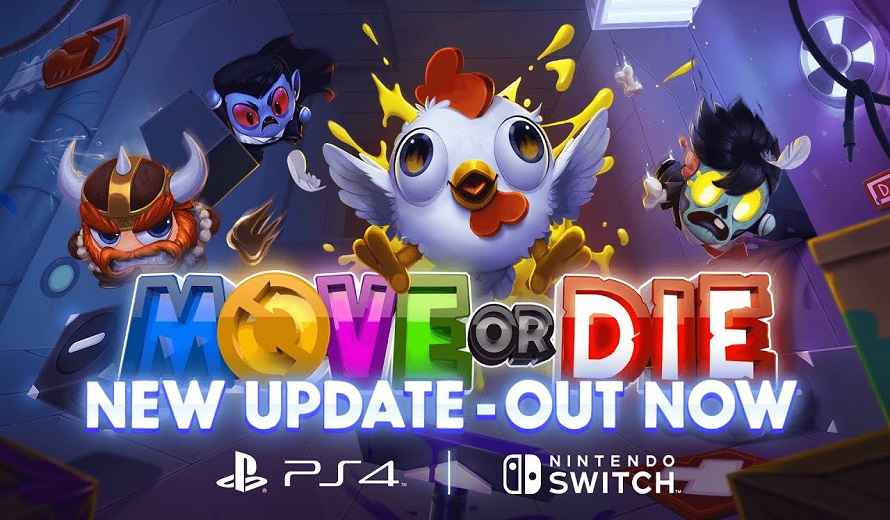 The Unhinged update is introducing players to a great deal of new content. Bolstering the party game we all know and love with new game modes, characters and more. For instance players can play in the new game mode Pandora’s Blast, grab 4 New Dead by Daylight Characters and even see some DBD themed cosmetics in game modes. Furthermore, players can also look forward to unlocking some special new characters including a nature conservation day character: Beanie.

Of course players can get a look at this update in the new trailer. It provides players a look at the new characters and game mode. Check it out below.

The Move or Die Unhinged update is available now on PS4 and Nintendo Switch. So, are you ready for a spooky Halloween in Move or Die? Grab some friends and get moving.

Dead By Daylight’s Halloween Event Has Been Revealed