The new Ghostbusters game is coming out next month, just in time for Halloween. Being from such a classic franchise, there are a ton of hardcore fans. Ghostbusters: Spirits Unleashed Collector’s Edition might be the perfect item for longtime fans of the series. It won’t break the bank either.

The Collector’s Edition doesn’t have a Slimer statue or cloth map or bonus in-game content. The items it contains are pretty basic, but they are pretty cool nonetheless. There are a couple of Ghostbusters logo stickers and a poster for Ghostbusters: Spirits Unleashed. 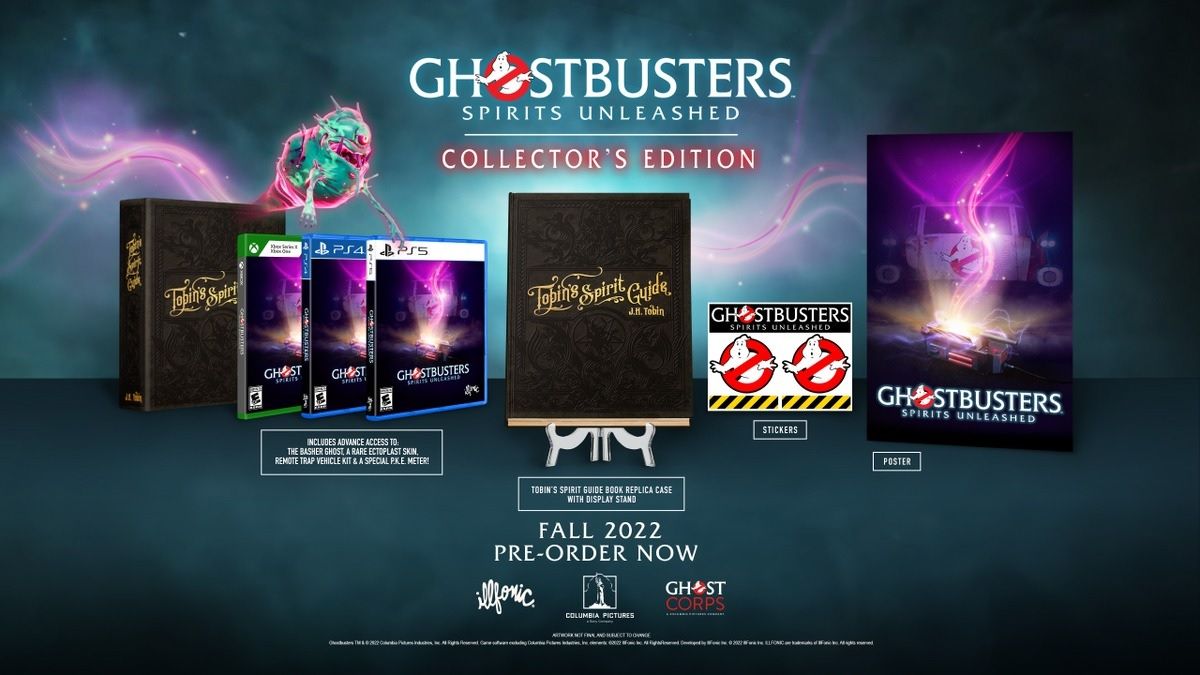 Other than the physical game, that’s about it. However, they are contained in a replica copy of Tobin’s Spirit Guide. Unfortunately, it is not an actual book, though there are copies that are widely distributed. The Spirit Guide is more of a collector’s box. It also comes with a display stand, so you can impress guests before they figure out it’s not real.

Ghostbusters: Spirits Unleashed is a 4v1 asymmetrical multiplayer game. Four players will be busting ghosts and one player will be trying not to get busted, while messing with the crew. Players can customize their Ghostbuster as well as the ghost they play as.

Ghostbusters: Spirits Unleashed will be coming out on October 18th for PC, PS4, PS5, Xbox One, and Xbox Series X|S.

Will you get the Collector’s Edition or standard edition? Let us know in the comments below.

Predator: Hunting Grounds Adds The Bone Mask From Prey
Next
Major Title Update Coming to Assassin’s Creed Valhalla Next Week
Previous
Call of Duty: Modern Warfare 2 Has Made It Easier to Spot Targets