Ghostbusters: Spirits Unleashed has actually been in the works for years. Thankfully for ghoul-zapping fans, Illfonic has finally announced the asymmetrical multiplayer game to the gaming public.

Co-Founder Charles Brungardt and Chief Creative Officer Jarred Gerritzen wanted to make the game accessible to all ages. With that said, they made sure that the game will be family-friendly and not ultra-violent for its players. 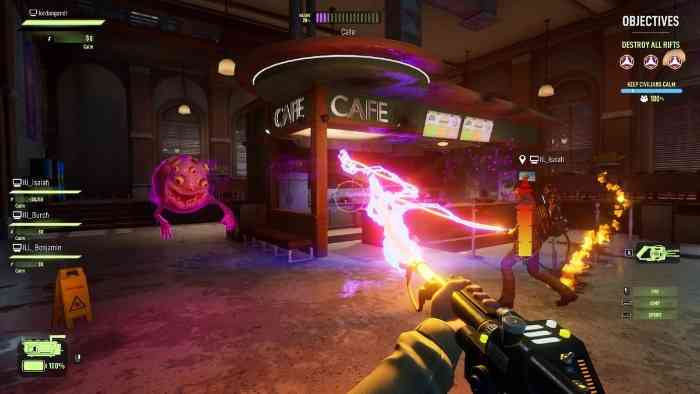 Ghostbusters: Spirits Unleashed is a an all-ages taken on its brand of 4v1 asymmetrical multiplayer titles. Players can either play as their own original Ghostbusters team or play as a ghost who is focus on wreaking havoc into the community.

“We are really putting a lot of effort into the customization of the Ghostbusters themselves,” Gerritzen said. “We really want people to be able to make their Ghostbuster how they look and feel and all of that fun stuff to really kind of connect to being a Ghostbuster.”

Ghostbusters: Spirits Unleashed may exist within the larger cinematic universe of the longstanding franchise. However, it is worth noting that the game can stand on its own.

The game will support cross-platform play across PC and consoles. It will feature AI-controlled companions that can fill up the players’ teams. This is a good feature for gamers who want to start playing quicker. According to the devs, in-game matches will last no longer than 10 minutes.

The game’s debut trailer showed that players have four playable ghosts—including Slimer—to choose from. Furthermore, devs also promised that there will be multiple maps and a variety of unlockable ghostbusting weapons that fans have never seen before.

The Ghostbusters: Spirits Unleashed team is not new to the asymmetrical multiplayer game genre. They identified issues in their previous titles to make sure that none will appear in the new game. “We have taken a lot of our experiences and a lot of the feedback from the previous games,” Gerritzen added. “The one player feeling like they are able to slow down and decide what they are going to do next is very core to the game itself.”