Straight out of 2009 as if a ghost was bursting through Egon’s transdimensional portal, comes Ghostbusters: The Game – Remastered.  This time around, the action remains steady with a buttery smooth 60 FPS, making the battles with new and old ghosts alike more exhilarating than ever before.  It’s unfortunate then that the rest of the game didn’t see the sort of care and detail we’d come to expect from a remaster.  With every step forward, one is taken back, and we’re left with a game that looks decent enough half of the time, yet 10-years-old for the other half.  Fans can rejoice as the heart of the action is still a good time, and the fan service on display is outstanding, but casual players may find this one a bit too rough around the edges to warrant a playthrough.

The most glaring issue is one that hits you in the face like a proton stream.  Only half the game feels as if it was remastered.  When you’re in-game, things look alright.  Visually, the environments and character models are nothing to write home about, but everything is serviceable.  The proton pack itself looks excellent, seemingly being the thing Saber Interactive focused on the most.  The pack almost looks too good, as it’s jarring seeing assets next to each other that look like there is at least a full generation of development that separates them.  Unfortunately, the same can’t be said for the rest of the game.

Somethin’ Strange In The Neighborhood…

CGI cutscenes look good, but this was the case with the 2009 original.  The cutscenes, however, that use the in-game engine all have this washed-out, blurry look to them as if you were playing the game on last-gen hardware. Furthermore, nothing was done to improve the stiff, blocky, mannequin-like movements of these characters.  Within thirty minutes, you realize that nothing outside of actual gameplay has really been touched.  Coupling this with various bugs popping up throughout the entirety of the campaign, I start to wonder why this remaster was even attempted in the first place.

The two most aggravating bugs I found were constant audio syncing issues, as well as NPC characters getting stuck.  Routinely, I would discover instances where, say, there would be an explosion, yet the sound effect would cue in a second late.  On top of this, and even more frustrating, was seeing my squad get stuck behind debris, walls, doors, etc.  There was also a case where I had to reset the game because my team simply would not advance to the next area.  It’s not all bad, though.  As I mentioned earlier, the actual battles with the ghosts are fun as hell, and thanks to the casting of all the original members, the performances are often genuinely funny and kept me coming back for more.

Boasting an original script that was written by Dan Akyroyd and Harold Ramis, for all intents and purposes, this is Ghostbusters 3.  It stays true to the spirit of the original two films and brings us to old and new locations alike that feel authentic to the nature of the franchise.  You still play as a completely generic, voiceless character who’s on his first day with the team, but the performances by the original cast are fantastic, with Bill Murray naturally being the stand-out.  He immediately gets up to his old ways, dead-pan delivering line after line to every damsel in distress he can.  Aside from the fights with all the otherworldly apparitions, I’d never felt like more of a Ghostbuster than when I was standing around the Firehouse listening to the crews’ banter.  The music as well does a great job of snapping the player back into this distinct world, as each piece either was pulled directly from the movies or created with the signature Ghostbusters style in mind. 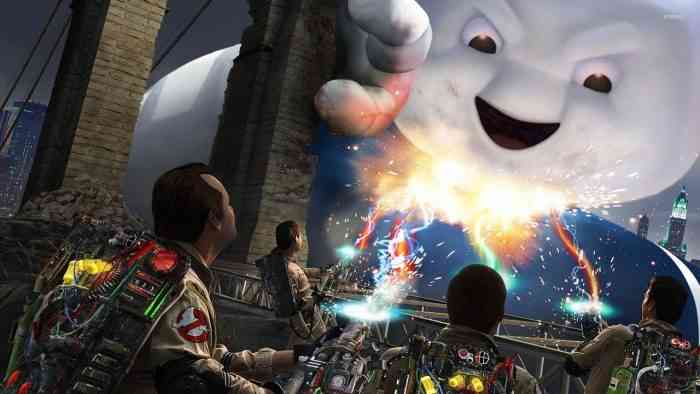 A Ghostbusters game wouldn’t have much going for it if the bustin’ part wasn’t any good.  Thankfully, as was the case with the original, beating up on ghosts and working them into a state of vulnerability is great.  It’s a silly sentiment, but a lot of these battles feel like war as you struggle to fend off attacks coming from all directions while you simultaneously attempt to force a ghost into a trap.  While the gameplay loop indeed started to feel repetitive by the end of the game, I still enjoyed these fights right through to the end.  It certainly helped that I noticed no slowdown whatsoever, but if there was a complaint to be made, it would be that your AI teammates get taken out way too quickly.  More often than not, I would find myself dying as a result of rushing into enemy fire to save a teammate.

It’s tough to recommend a ‘remaster’ of a game that’s only half remastered.  If you’re a massive Ghostbusters fan and you missed the original, then there certainly is something here for you.  The fights are fun, and of course, the original cast is still hilarious, but throughout the entirety of the experience, you’re constantly reminded that you’re playing a game that’s a decade old.  I wanted to like this so much more than I did, but at the very least, there is some significant potential groundwork here for the ultimate Ghostbusters game. 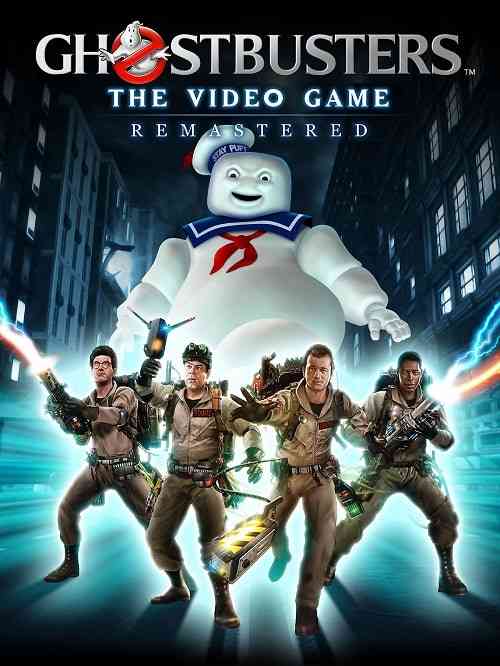