There’s no denying that one day we will all fare to the same end, but how we get to that end will differ for us all. The one thing we probably didn’t expect is that when it’s time for the reaper to collect our souls, it wouldn’t be the depiction of Death we’ve all come to know. Away with the days of our soul being taken by a tall dark and brooding figure wielding a sharp scythe but instead we get a jolly and tubby marshmallow of a reaper who just wants to listen to his tunes and dance his way through the night to plan our demise. And with Felix The Reaper, we get just that along with some incredibly difficult puzzles that can be quite unforgiving.

Felix The Reaper follows, well, Felix the Reaper, as he ventures throughout several mortal realms in a 3D isometric world as he dances his way through the darkness to plan out his execution. But alas things aren’t ever just that simple and not only do we have to plan out his movements to an exact choreography, we’re also faced with Felix’s hardship working as an agent for the Ministry of Death while Betty, the lady who has captured his heart, is an agent for the Ministry of Life. But their love cannot be as he must stick to the darkness while Betty can only exist within the light as they must keep the balance between the living and dead intact.

When Felix is tasked with reaping a soul, he’s plopped onto a small 3D map that has various hiding places he can take cover in as he can only move within the shadows to get to his goal. To help him achieve this goal, players will have the ability to turn the map 90 degrees to unveil new hiding spots and paths for him to take. However, it’s just not that easy. In order for our little reaper to get from Point A to Point B requires careful planning and an exact set of movements to be taken lest our little dancing fella is subject to his own demise if he comes out of the shadows for the sun to destroy him. 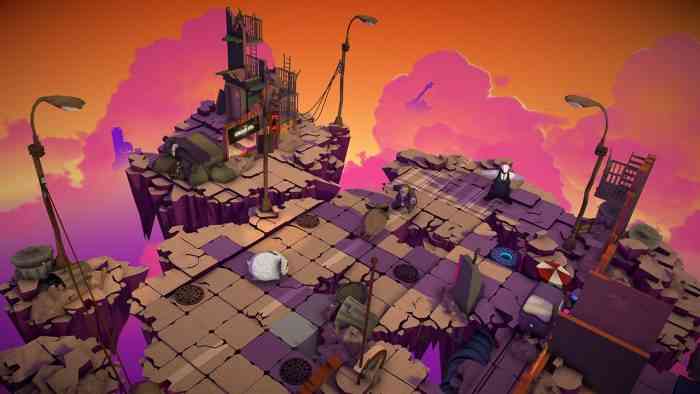 Along with using the sun and it’s 90-degree movements in order to find Felix more dark places to dance in, there are also several other objects you can find in each map to assist you. The more common items that you can pick up and carry are usually boxes and barrels which can help provide you with additional shadows by stacking them on top of each other to lengthen the range. Later on, you’ll have access to pressure pads and switches that can move objects along. Sometimes you’ll get to move an animal around to interact with the level to set up a death such as a particular level that has you placing a dog in the middle of the road to in order for a car to a swerve on by. 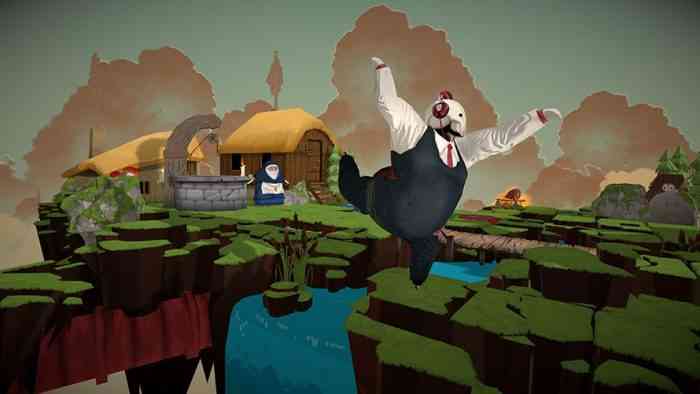 The way to completing these levels is very creative and nothing is better than seeing our little marshmallow man happily dancing away however some of the puzzles in Felix The Reaper can just plain out seem unfair. With the inflexibility on how you can get to the end of each puzzle, some can seem incredibly obtuse. And the further you play on, the more convoluted, confusing and more complex these levels will become. But luckily there is a button that can be used to call for hints and furthermore there is also a preview button that can be used to map out your path before actually going through with it.

Unfortunately, once you get past the first few levels, nothing really seems to pick up from there. Aside from the increasingly difficult challenges in reaping your next soul, the gameplay very much stays to the same tune and with only one direct way of completing your task, can begin to feel a bit dry after a while. The levels themselves are all set in the 1400s or the 1980s and definitely could have used with more varying levels from different time periods and with five chapters, each with around 4-6 levels in each one, I feel they could have thrown in more themes for diversity.

Luckily we have the groovy beats and slick moves by Felix that distracts from how mundane or how terribly difficult the levels become. Perhaps having varied gameplay and level designs would have helped keep things interesting. Casual fans of this type of genre may find Felix The Reaper to be too difficult after a certain point (the hint button can only help so much); however, this may be right up the alley for those who crave a serious challenge. 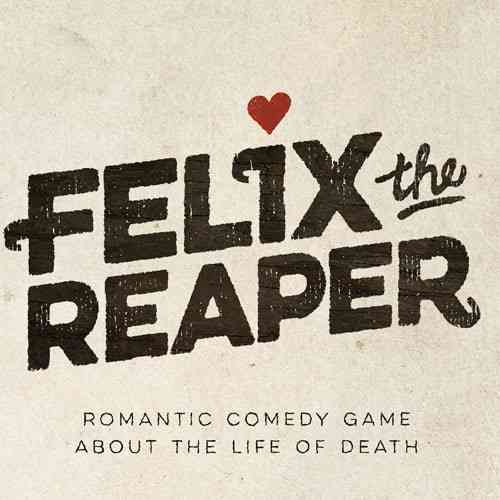