What the Golf? Review

I’m going to be honest: What the Golf? is not a very good golf game. But that’s okay because it’s not really a golf game at all. Instead, it takes the concept of golf and subverts your expectations of what that should be. Though it borders on being too simplistic at times, What the Golf? is one of the silliest and most entertaining games I’ve played all year.

Right from the get-go, What the Golf? shows you just how stupidly brilliant it is. If you don’t know the rules of golf, don’t worry too much. All you need to know is the goal is to get your “ball” from where it starts to where the flag is. Other than that, the rules of regular golf go out the window. The only real control input you need to learn in What the Golf? is clicking with your mouse to aim, pulling back to determine speed, and then releasing. There are times when the game will turn that idea on its head, but by-and-large this is the simplest a video game can get from a control perspective. At times, this makes it almost more suited for mobile platforms, and unsurprisingly, it is coming to the Switch and services like Apple Arcade as well as. Occasionally, this oversimplicity makes playing for longer periods a bit tiresome as you are repeating the same, single gesture over and over again, but this is mostly alleviated thanks to the wildly creative ways What the Golf? shakes up its gameplay design.

There isn’t a story per se in What the Golf? but from what I can tell you play as a semi-sentient golf ball that must traverse a laboratory being overrun by malfunctioning AI. This sounds pretty crazy, and I may be completely wrong, but that’s how I perceived my playthrough. Regardless, a cohesive story isn’t exactly the point of What the Golf?, and the laboratory serves a better purpose than as part of a narrative. Essentially, the lab functions as an overworld that houses a plethora of challenges. There are eight total sectors in the lab, and you must complete a certain number of smaller challengers in each one before you can move on to the next. One of the most brilliant parts of this is how all the sectors have their own theme and sub-themes that carry over into the challenges themselves. Everything from soccer, racing, space, cowboys, and yes, even video games themselves, make up the thematic backgrounds of these areas and make both the overworld and each individual course unique and diverse. 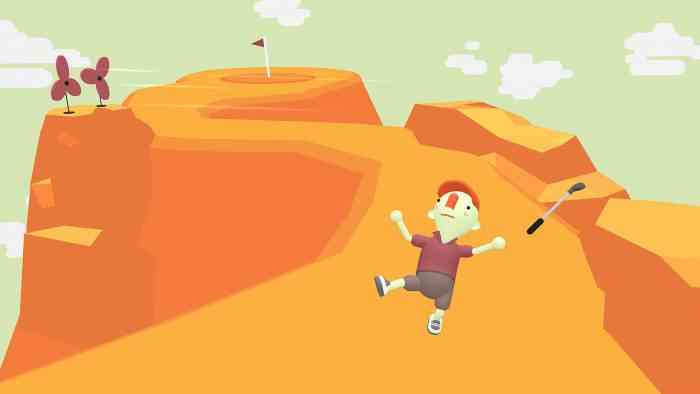 Once you finish the challenges in each sector you must fight a boss to move on. Though I appreciate there being a final test for each level, the boss fights are all basically the same and lack the creativity of the rest of the game. They do try to differentiate themselves, but with infinite lives, there’s never a sense of risk involved. This lack of difficulty carries over to many of the other challenges as well. At just under three hours, my playthrough was finished with relative ease, and only a few holes offered something close to a demanding test of skill. Thankfully, each hole has three variations, including one that is typically harder than the other two. There are also a few other modes outside the campaign including daily and streamer challenges that ramp up the difficulty in smaller bursts.

We’re Here For a Good Time

Presentation-wise, What the Golf? is incredibly simple but extremely effective. Graphically, it’s not mind-blowing, opting for a flat, cell-shaded look that lacks lots of details or fancy lighting effects. That being said, the style works very well for this type of game, and What the Golf? uses the simplicity of its foundation to easily add fun visual twists. The soundtrack also bolsters its appeal, with many catchy original tunes that had me humming along almost the whole way through. All in all, What the Golf? is a joy to play because you can truly sense how much fun the developers had while making the game. It’s full of silly humor, golf puns, and references to iconic video games and characters. I smiled and chuckled every time I booted up the game because it just oozes charm from start to finish. 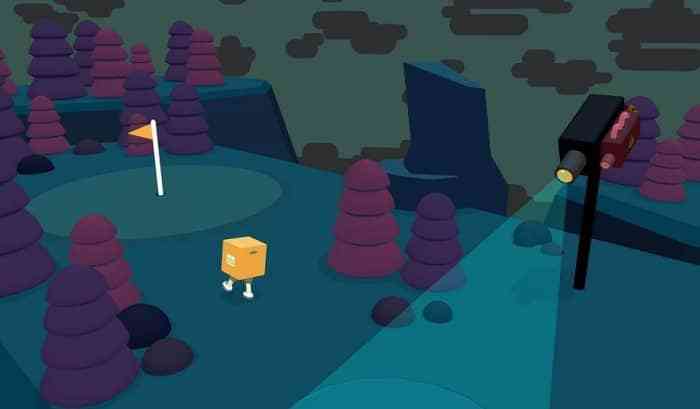 I went into What the Golf? expecting a fairly straightforward golf game with a few silly surprises, but it’s so much more than that. Even if its simplistic nature sometimes acts as a double-edged sword, What the Golf? is a devilishly charming experience full of good humor and imaginative gameplay wrapped up in a thoughtful and endearing package. It may be made by people who know nothing about golf, but they sure know how to make a fun video game. 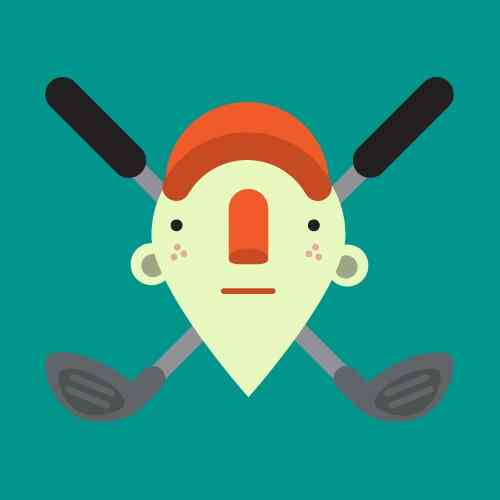