Happy The Last of Us Part 1 Weekend everybody! Well, almost everybody. At COGconnected, we thoroughly enjoyed our time with the game. It is nigh perfect. Hardcore fans may have been excited to secure a copy of the Firefly Edition, but there are quite a few reports of them arriving damaged.

The Firefly Edition comes with some in-game content, as well as a steelbook case and copies of the American Dream tie-in comic. Apparently, the delivery packaging did not protect the physical components of this edition. Recipients of the Firefly Edition posted their deliveries on Twitter. The collector’s box that everything was contained in was damaged in some cases. One user claims that PlayStation offered them a 20% discount on their store for a purchase. It is unclear if this will apply to all customers who bought it or if they will be reimbursed some other way. 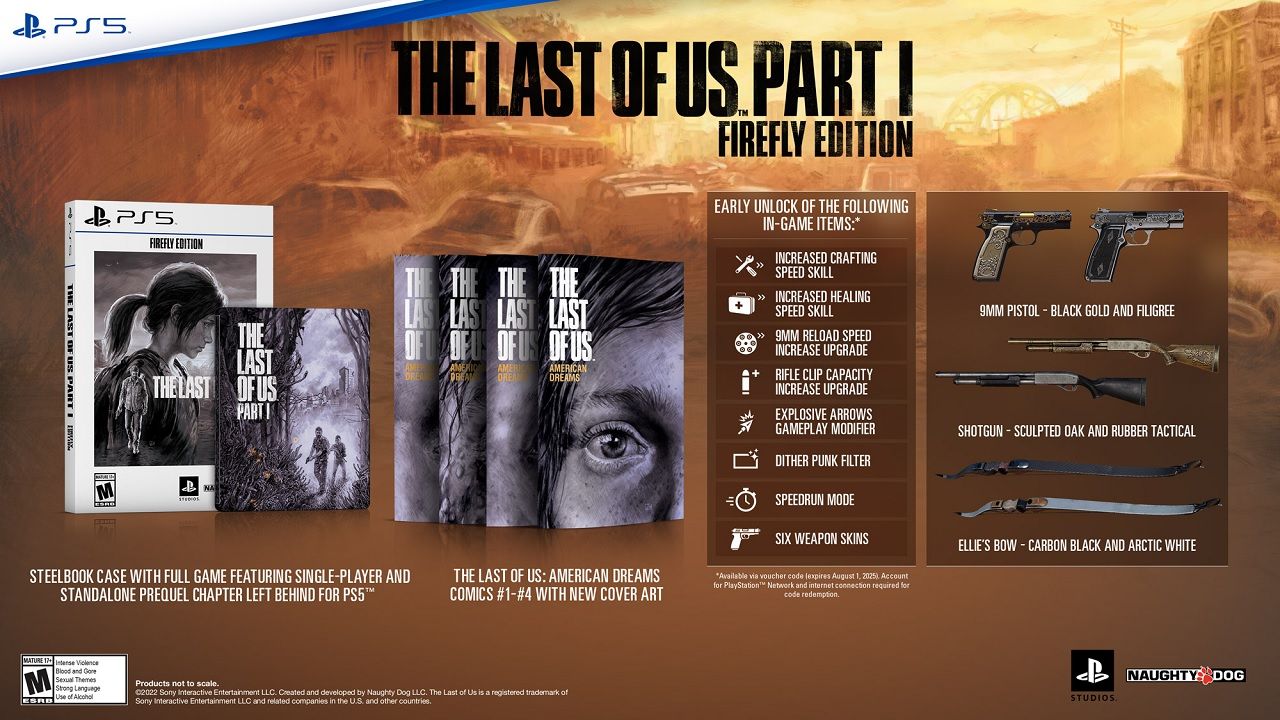 The PlayStation Direct Store is the sole way of ordering The Last of Us Part 1 Firefly Edition. That would suggest that they are responsible for the condition of the product. A second round of this edition was made available on September 1st, so hopefully they have remedied this mistake.

Very similar for me. Mine the flap of the envelope literally could not even reach the other side, so they stuck it directly on the box top itself, tons of nasty residue from that even ignoring all the actual damage otherwise. Very poor experience from PlayStation Direct. pic.twitter.com/hvPFpuqw7y

Naughty Dog and PlayStation have not officially made a statement regarding the damages. Hopefully, they do properly compensate or replace them.

The Last of Us Part 1 is available on PS5 with a PC version in development.

Which edition did you get? Let us know in the comments below.