Star Wars, on top of being one of the largest movie franchises of all time, has had more than a few video-game spinoff titles. Anything from the more recent Star Wars: Jedi games (with Star Wars: Jedi Survivor being the next upcomer), to the classic Lego Star Wars games that you definitely played as a kid. But among all these titles, only one has truly reached a legendary status. Being loved both on-release and in the modern day by a huge chunk of fans. It’s so beloved, in fact, that it’ll be getting a remake soon! Right? …Right? 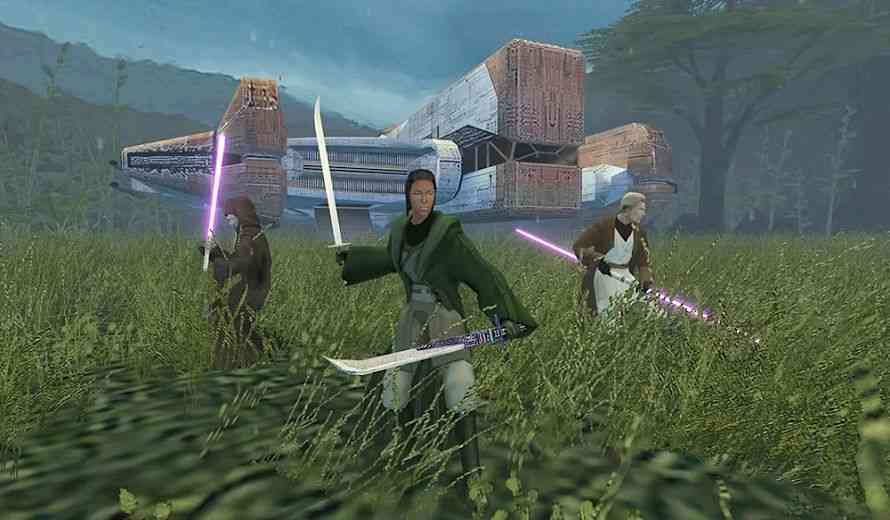 That game’s name is Knights of the Old Republic. One of Bioware‘s older titles being released in 2003, the game has since received a modern PC port… and though it may not be obvious on the game’s Steam page, there’s a way to grab the game for just 1$. And we have Humble Bundle to thank for that.

The charity fundraiser event is meant to support the Starlight Children’s Foundation. There are a few different donation tiers, each with their own bundle of games as a reward. The smallest option, priced at just 1$ USD, offers Star Wars: Knights of the Old Republic, along with three other titles. You know, as if the pot wasn’t sweet enough already.

Have you played Knights of the Old Republic before? How’d you feel about the experience? And if you’re a potential newcomer, is this charity bundle enough to get you on board? We’d love to hear from you in the comments down below!