When a mysterious signal sends the facility you’re in to chaos, you and your guns are all that’s left. Become the last line of resistence, or perish. Today solo developer Oliver Lagerblad is happy to announce the release of a gameplay trailer for their upcoming game, Retooled. Retooled, an FPS delivering high movement gameplay, is giving players a look at what they can expect. In addition to the trailer, a press release provides more details about the game. 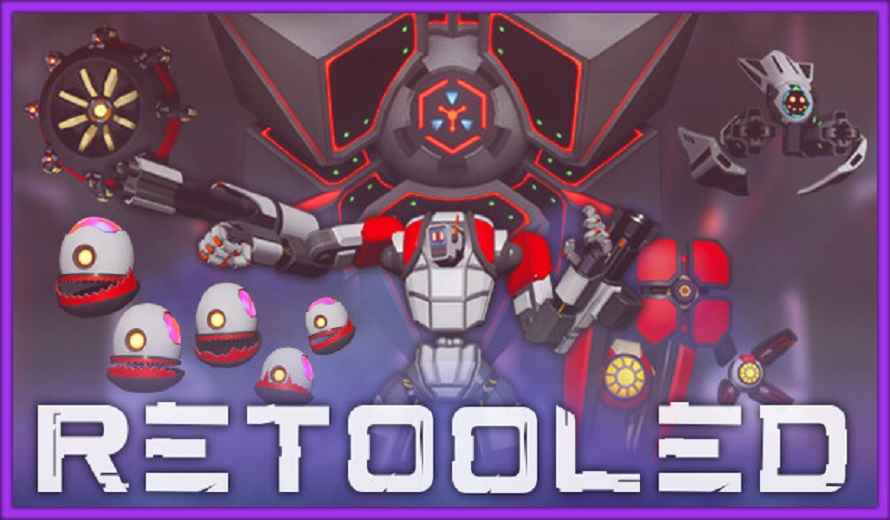 Retooled places players in a battle of life and death against a rogue A.I. The game pits players against a vast array of robotic enemies, each one serving a different role in the robotic army. Akin to chess pieces. Players will face these differing enemies in a series of arenas, where each one is different, each robot controlled in a different way. Of course, players will use a varied arsenal of weapons and skills to dispatch their enemies. However, your most important tool is your movement. Bunny hop, jump and twist to victory while blasting the robot threats.

Of course, the new gameplay trailer gives players a look at what they can expect from the game. Get a glimpse at all of the high mobility action. Additionally, players can get a look at the art style as well as different enemy types.

Retooled is currently in development. However a demo is now available, for free, on Steam. What are you waiting for? Jump into some robot killing action. This game is made to challenge you, so if you’re up for it. Get to it.