Do My Eyes Deceive Me?

The newest reveal in the Assassin’s Creed series has been made. Assassin’s Creed Mirage will take place before Valhalla and be set in Baghdad. Fans will be playing as Basim, who has as mysterious role in Valhalla. Shortly after revealing the game, Ubisoft has made the Collector’s Edition available for pre-order.

There is also a Deluxe Edition of the game. It includes a digital pack of content inspired by Prince of Persia. I guess if that remake never comes out, we will have to make do with this. The Deluxe Edition content is also included in the Collector’s Edition. 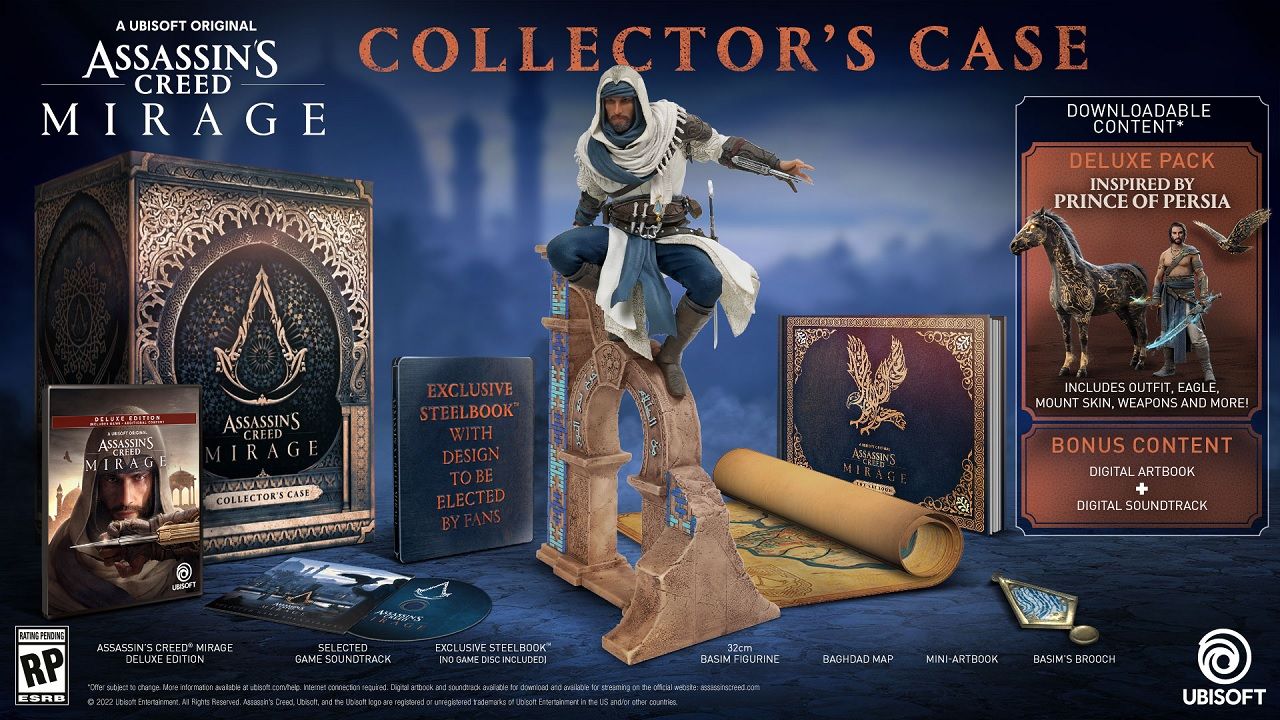 Assassin’s Creed Mirage Collector’s Case comes with a replica of Basim’s brooch, a cloth map of Baghdad, an art book, a physical soundtrack, and a steel book case. The big ticket item is a statue of Basim perched on a building. Fans will be choosing the design on the steel book case. There will also be a code for the digital artbook and soundtrack.

Discover the Assassin’s Creed Mirage Collector’s Case. Including a high-quality figurine of Basim, a replica of his brooch, and much more. Also includes an exclusive Steelbook with design to be elected by fans. Stay tuned!

There is no release date currently set, but we are expecting it to launch sometime in 2023. Assassin’s Creed Mirage will be available on PC, PS4, PS5, Xbox One, and Xbox Series X|S.

Which edition of Assassin’s Creed Mirage do you have your eye on? Let us know in the comments below.