Skullgirls Is Finally Getting Marie in Its Playable Character Roster

Skullgirls has been in the gaming market for 10 years. Fans of the franchise have long been requesting for devs to finally make Marie a playable character.  Finally, developer Hidden Variable Studios is making their dreams come true.

“After 10 years of fighting the Skullgirl through struggle and turmoil, the Skull Heart has been destroyed,” devs wrote on social media. “Marie will join Skullgirls 2nd Encore and Skullgirls Mobile in 2023!” 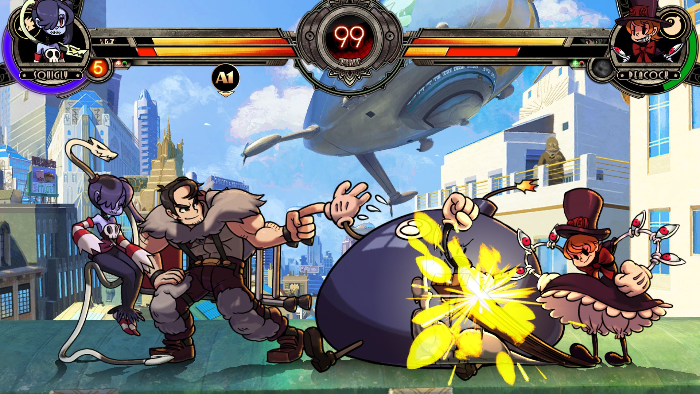 Skullgirls fans love Marie both for story and gameplay purposes. Apparently, devs need to make Black Dahlia, Umbrella, and Marie playable to be able to tell the game’s full canon story. Interestingly, all three characters are going to be included in the game’s season pass.

Devs shared a teaser for the game during EVO 2022. This confirmed that they are officially adding Marie to the playable character roster of the Skullgirls franchise. Unfortunately, the video did not showcase any footage of Marie in action. At the end of the tailer, it merely said “Marie coming soon.” However, it did depict the said character with her close friend Peacock. Long-time fans of the game know this character as Patricia.

It would have been nice for fans to see Bloody Marie in her element. Fans know her for being destructive yet has a soft spot for the innocent. She wears a maid uniform and carries with her a demonic looking vacuum that has skulls floating all around her.

Skullgirls first came out to the gaming public in 2012. It has seen a lot of updates and re-releases since then. Its most current version is 2nd Encore. Through the years, the franchise has gone through different hands between developers and publishers. However, despite the multiple swaps in its team, it has also developed a huge dedicated following.

Are you still playing the game? Let us know in the comments below.