Bloody Hell Hotel is a first-person vampire hotel management sim. It seems to feature some key elements from both House Flipper and V Rising. Basically, players will be playing as vampires renovating their homes into a classy hotel. Unlike most hotel owners, however, they can feast on the blood of their guests.

According to folklore, vampires cannot enter another person’s house unless they are invited. With that said, Bloody Hell Hotel presents the best solution to that problem. Instead of having to enter their potential victims’ houses, they can simply have the victims come into theirs. 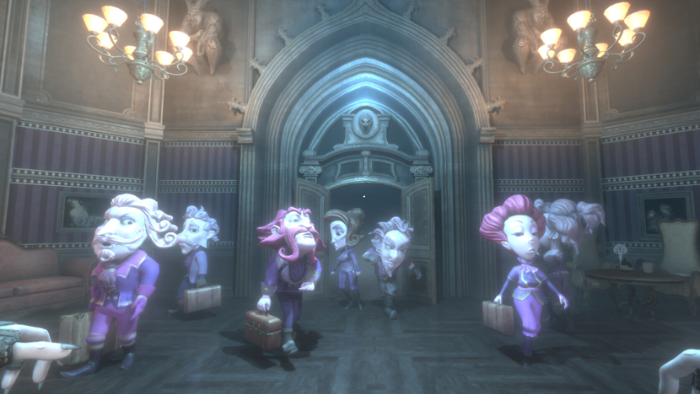 Bloody Hell Hotel players awaken after a century-long slumber. Unfortunately, when they wake up, they notice that their once beautiful manor is in utter shambles. It will need a lot of work to restore the estate. As seen in the trailer, players can enchant their brooms to sweep floors on their own. They can also make use of their telekinetic powers to move furniture around and clear heavy debris.

They will also have to grow plants in their gloomy cellar and harvest them for making meals. However, their main source of sustenance would be their guests. With that said, they will have to decorate the hotel so it is more appealing to their wealthy potential blood bags.

Just like any hotel management sim, the happiness of the guests would be the priority. However, being a vampire hotel manager still has its perks. Players can kick out annoying guests. Drinking their blood is also much easier than dealing with a bad review.

To make it even more interesting, the corpses of the victims do not even have to go to waste. In addition to milking undead cows and collecting eggs from zombie chickens, players can also make use of the bodies of their victims for serving delicious room service meals.

Are you interested in the game? Let us know in the comments below.

Marvel’s Midnight Suns Latest Trailer Shows Off Deadpool And More
Next
Call of Duty: Vanguard Zombies Concludes With The Archon
Previous
Modders are Patching Starfield Bugs, Despite the Game’s Lack of Release