Starfield’s Bugs Will Be Squashed, No Matter What

The Starfield Community Patch describes itself as “collective effort by mod authors and the wider player community of Starfield to fix bugs, errors and other inconsistencies present in the game.” The description is a bit misleading, since as of writing, Starfield does not exist. At least, not publicly, and certainly not within these mod designers’ hands.

As you can probably imagine, the existence of a project like this has a few people baffled.

But if you think a bit more, answers aren’t far away. “Because, Bethesda.” 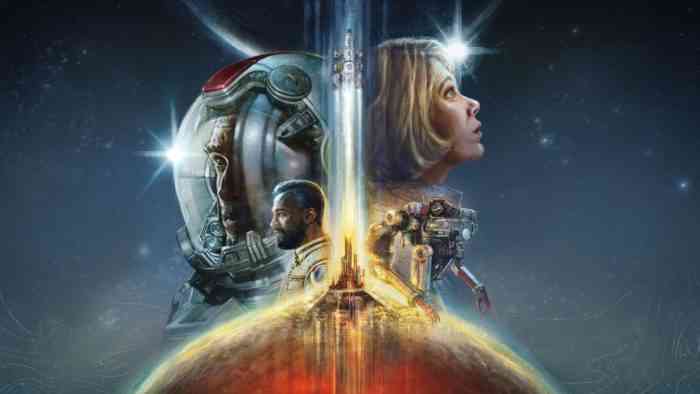 If you’ve played any major open-world release from Bethesda, you’ll have noticed a few common trends. These trends are so prominent, they’ve become almost synonymous with the game engine used to run them all. The idea of a buggy Bethesda release isn’t even a shock anymore – the idea of a quirky, janky mess is “just part of their charm”. It’s something that people can rely on, take comfort in. Seeing NPCs phase through a wall is like seeing an old friend, one you’ll almost certainly greet in Starfield.

That familiarity has some consequences. Because, surprise surprise, people don’t like bugs too much. Especially modders, who seek to polish their gaming experience as much as humanly possible. Or sometimes they just throw a brick through your game, but we don’t talk about those.

“Fixes included in the patch are intended to correct bugs or errors in the base game,” the project explains. “Examples include misplaced objects, script errors, inconsistencies in item properties, faulty missions/quests, game-breaking exploits, missing attributes such as tags, header flags, etc., and spelling errors. The overall goal is to improve the vanilla experience for all players.”

To any player whose modded The Elder Scrolls or Fallout, problems like that will certainly ring a few bells. The fact that fixes already exist for those games will certainly bode well for anyone wanting a polished week-1 Starfield experience.