Treasure hunting is all about the thrill and adventure. Sure, there is usually a trove of long, lost riches, but the real treasure is the friends we made along the way. Right? Well, you might actually need a successful treasure hunting venture to raise funds for this Uncharted statue.

Prime 1 Studio has collaborated with Naughty Dog and Sony to produce a high quality, but expensive statue of Nathan Drake from Uncharted 4. A number of statues from different video games, comic books, and films have been produced by Prime 1 Studio, all of which will put a dent in your wallet. 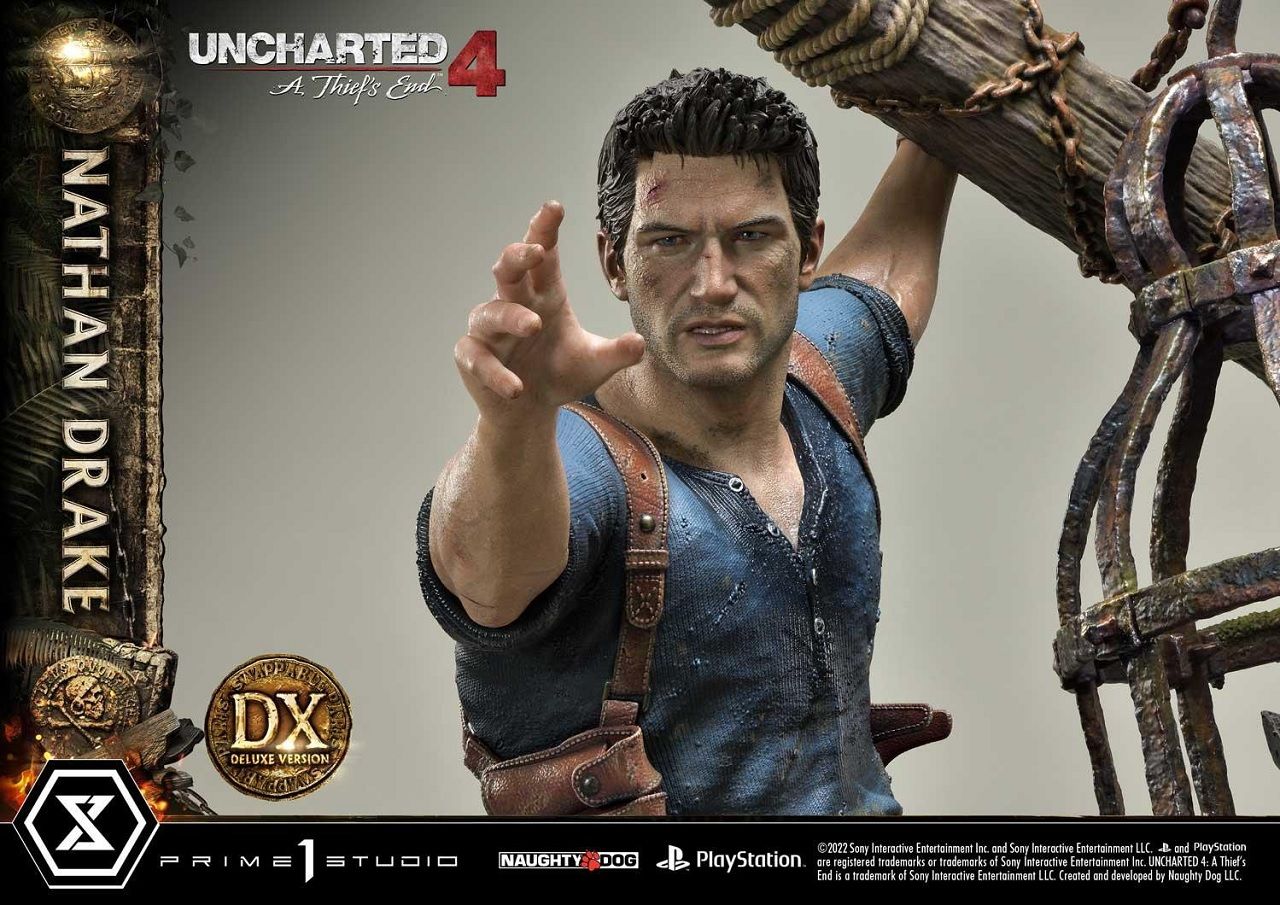 This Uncharted statue has Nathan Drake hanging off a ruined piece of ancient architecture, as he normally does. He’s chilling with a skeleton of a pirate trapped in a cage. His pose is reaching away from the base, but has a couple of swappable parts. Nate’s reaching hand can be switched with a pistol and his face can have two different expressions.

The is a Deluxe Edition that comes with an AK-47 prop with a strap, which you can sling on his back. The regular edition is still very expensive. It costs a whopping $1,299. The Deluxe Edition costs $1399, so if you have the cash to burn, might as well spend the extra 100 on the AK.

If you buy it now, you will have to put down a down payment and then pay the rest on shipment. Speaking of which, you can expect to get it in late 2023 or early 2024. Uncharted 4 is available on PS4 and PS5.

Would you spend this much money on a collector’s item? Let us know in the comments below.