Developer miHoYo, who you may know as the makers of Genshin Impact, are making a new game. There aren’t too many details on Zenless Zone Zero, but more information will be coming this Friday. A teaser website for the game has popped up and here’s what there is to see.

The site for Zenless Zone Zero shows an old CRT setup. It’s got a VCR and everything. The two dials on the side can be turned. One dial starts up a commercial for an energy drink. Or furries. Not sure of the relation to the game. 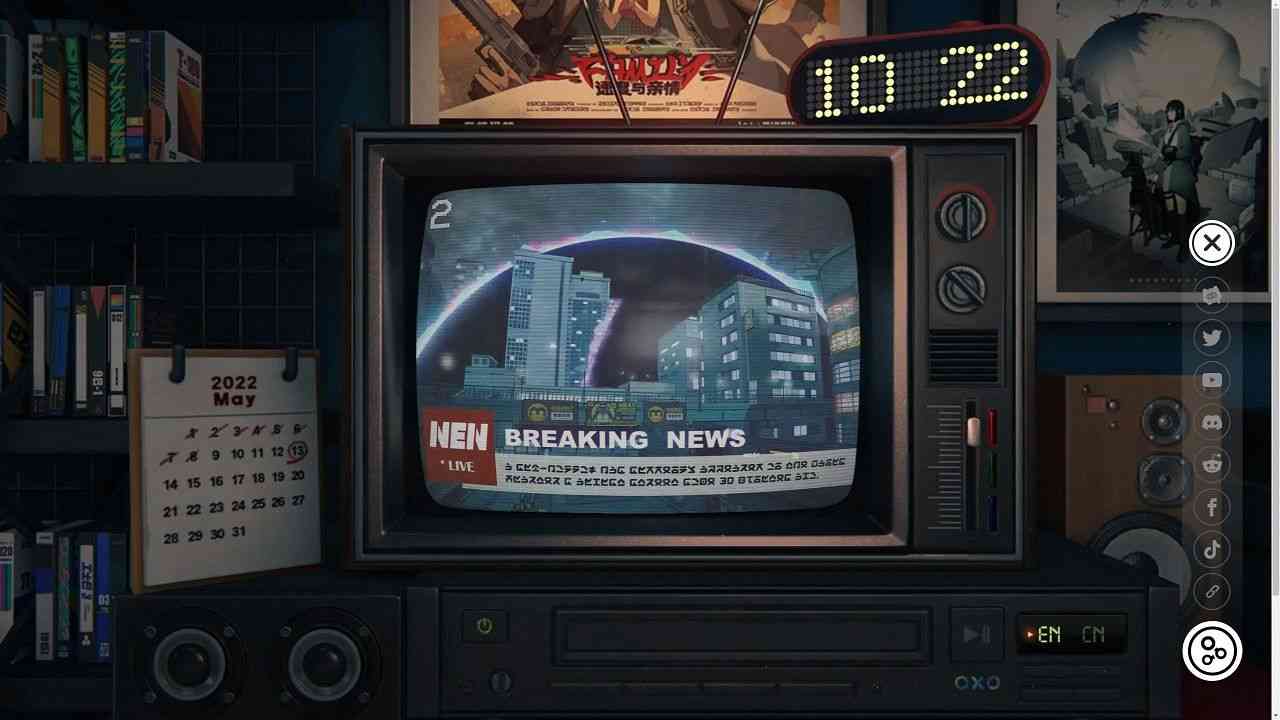 The second dial on the TV has some more interesting things. It’s first transmission has a garbled message from some guy going on about “doomsday” and the public’s participation in something. There are also some images covered in static, but it’s hard to make sense of anything.

The second dial also shows a clear portion of a news broadcast. It shows something called a sub-Hollow that appeared in the city. It looks to be a dome of energy. Again, it is clearly teasing something, but at this point, we don’t know what.

We should be expecting some sort of reveal coming this Friday. A calendar next to the TV has May 13th highlighted. By the way, who makes a calendar with Saturday as the first day of the week?! Calendars start on Sundays and end on Saturdays!

Right now, Zenless Zone Zero has no release date or supporting platforms. Again, we should be learning more about this game later this week.

What are you expecting from miHoYo’s new game? Let us know in the comments below.

Genshin Impact Is Bringing Back Banners for Xiao and Ganyu
Next
“Let Me Solo Her” Will Stream 1000th Victory Over Malenia in Elden Ring
Previous
Make Room For This Spider-Man: Miles Morales Statue