Pop culture collectibles are great, but they cost a lot of money. Like, a lot a lot. People who collect them have the money to support this amazing habit, but they run into another problem entirely. They run out of space for them. This Spider-Man: Miles Morales statue from PCS will only make that problem worse. But it does look great.

Premium Collectibles Studio has a pretty apt name. Basically, they make really cool stuff. If you have a favorite IP, they might just have something for you. Their newest statue is a 1:3 scale model of titular character from Spider-Man: Miles Morales. This statue stands at just under 30″. 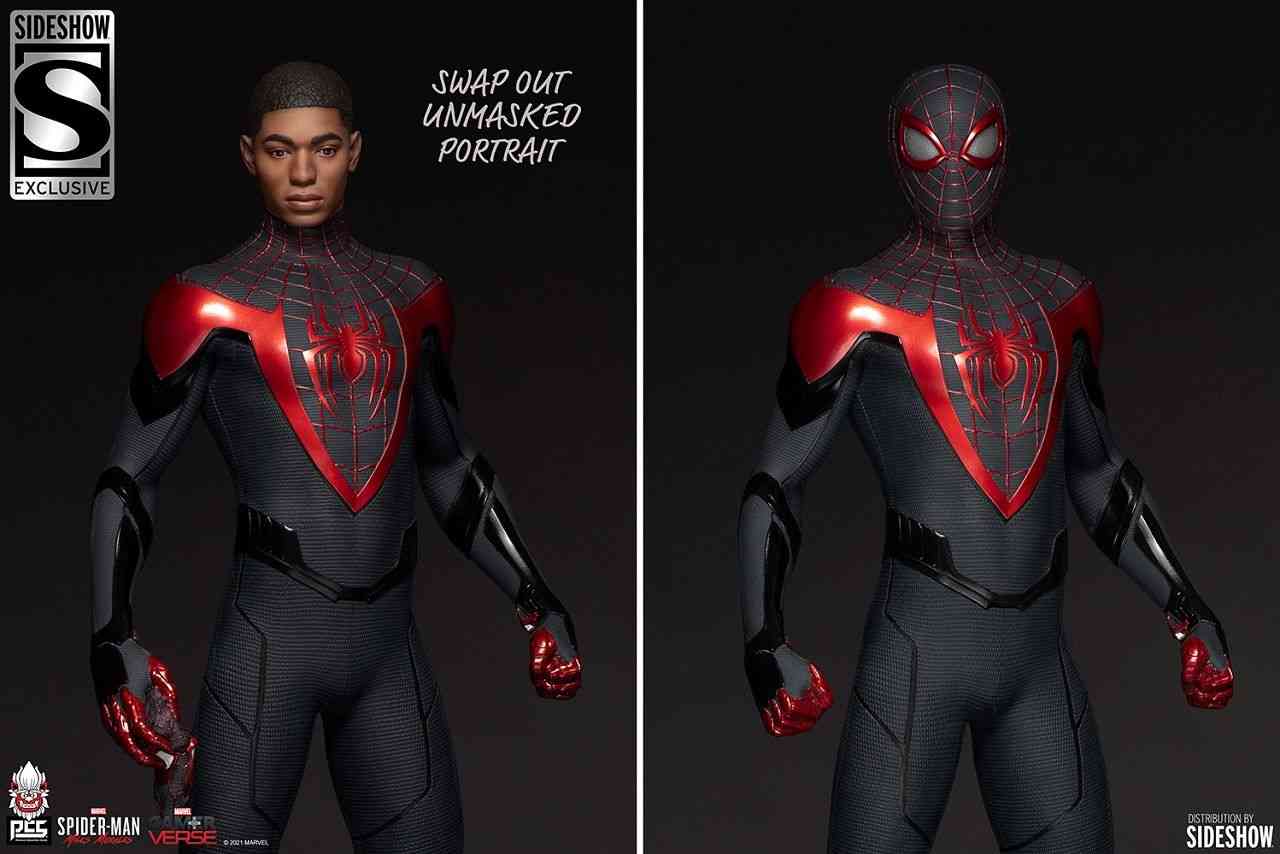 It may not be totally flexible and posable, but the detail is incredible. The forearms of the statue can be swapped for different poses. Each arm has a fist and Venom Strike pose. The Exclusive Edition also comes with a bare-faced head and a right hand holding the mask. The statue’s stand is a snowy rooftop with images of Spider-Man carved into it.

The all-new #MilesMoralesPS5-inspired statue from Premium Collectibles Studio is huge! 🕸️⚡ Here’s a @NajJeter for scale. Check out @CollectSideShow for more information. pic.twitter.com/7ItIB1ktB5

The developer of the game, Insomniac tweeted an image of the statue with Miles’ performance capture actor Nadji Jeter. The picture can show you exactly what it looks like for scale. PCS also sells similar statues of Spider-Man (Peter Parker), Venom, and the Spider-Man Negative Zone Suit.

You can buy the statue right now, but it will cost you almost $1,100 USD. That’s the cost of being a hardcore collector. Spider-Man: Miles Morales is available now for PS4 and PS5.

Would you get a collector’s item like this? Let us know in the comments below.