Genshin Impact Players Will Soon Get to Roll for Yae Miko

Genshin Impact fans were ecstatic when devs gave more information regarding Update 2.5. Players were so happy to know about the three new characters that are coming with the When the Sakura Blooms update. Furthermore, one of these new characters is going to be a weekly boss.

The addition of new characters into Genshin Impact is not surprising. After all, new characters show up in the anime gacha game all the time. However, the Update 2.5 has confirmed some leaks of some of the most highly anticipated playable characters in the game. All of them will be available when the update arrives on February 16th. 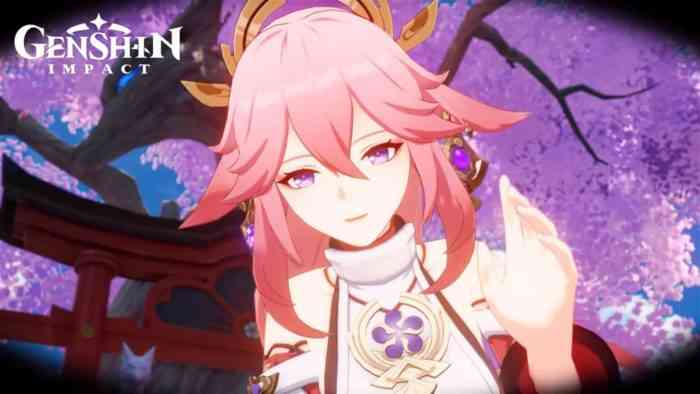 Finally, the pink-haired Yae Miko is going to be playable as a five-star Electro Catalyst user. Fans first got wind of how intimidating she can be in the previous leaks. All was made official with today’s live stream. Yae Miko’s banner will be accessible during the first half of the update.

Yae Miko is one of the most awaited characters by the Genshin Impact community because of her influence in the game’s lore. She also has a strong connection to Raiden Shogun who is a popular character from the Inazuma region. As an added bonus, players will also get a chance to re-roll for Raiden in the second half of the update.

Yae Miko is the Inazuma region’s head priestess. Her move set is mainly built around dealing AoE Electro damage both on and off the field. Her dedicated character banner will run alongside her signature weapon, Kaguya’s Verity.

Genshin Impact players are also excited about a new weekly boss. It will be a horned and multi-armed version of Raiden. According to previous leaks, this boss will be quite challenging to defeat. She will reportedly be tough to beat with six phases. Despite this, however, fans are excited for the chance to meet her.

Are you excited for Yae Miko? Let us know in the comments below.

Endling: Extinction is Forever Sneaks Its Way Onto Mobile