Lord of the Rings: Gollum Takes Place Before Frodo and the Hobbits

Lord of the Rings: Gollum is coming soon. Fans already know quite a bit about the game. Thankfully, Developer Daedalic Entertainment recently spoke up some more to provide further information about what fans can expect.

According to Daedalic, Lord of the Rings: Gollum “is focused on situations and characters considered canon.” This suggests that players will be playing through the events that J.R.R. Tolkien himself wrote about in the books. 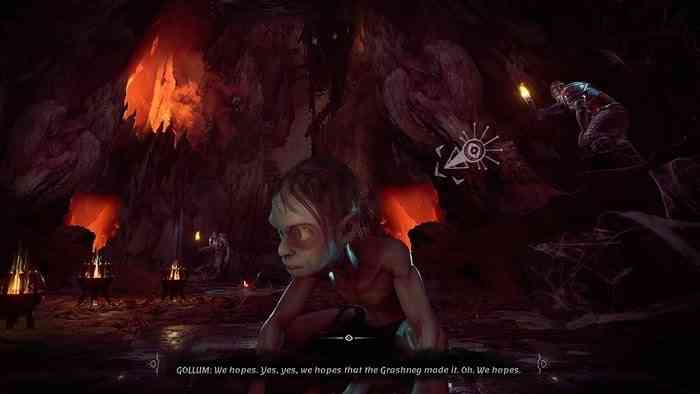 “The story of the game largely takes place in parallel to the early chapters of The Lord of the Rings,” devs wrote on the game’s official Steam page. “From Gollum’s time in Mordor, his capture by Sauron, and his interrogation by Gandalf.”

Daedalic’s statement somewhat confirms that Lord of the Rings: Gollum will take place before the events that were featured in the movies. Fans of the franchise are well aware that there is still a good portion of the books that happened before Frodo and the other hobbits set out on their own adventures. “During this time, very little is known about Gollum’s adventures,” devs continued. “There was enough to give us an excellent outline and time frame for the setting.”

Still, devs want fans to understand that the game itself is “not related to the other adaptations of The Lord of the Rings.” This is precisely why the titular character looks completely different from how he looked in Peter Jackson’s blockbusters.

Lord of the Rings: Gollum has a target release some time this fall. Other than that, devs have been quite mum about the game’s exact launch date. Since the game already experienced a delay once before, a second one may still happen.

The game will be playable on PC, PS4, PS5, Xbox One, Xbox Series X/S, and Nintendo Switch.

Gwent: Rogue Mage Will Be Out Tomorrow
Next
Kao the Kangaroo Kaollector’s Edition Is Very Limited
Previous
Splatoon 3 Will Have Cloud Saves But For ‘Offline Play Data Only’