The Lord of the Rings: Gollum’s New Trailer Shown at The Game Awards

The Lord of the Rings: Gollum’s new teaser trailer was among the previews revealed at The Game Awards. Daedalic Entertainment and NACON worked hand in hand for the development of this story-driven action adventure.

A few days ago, the team behind The Lord of the Rings: Gollum teased fans with a cryptic tweet. “Something is lurking in the shadows,” devs wrote at the time. “Tune in to The Game Awards on December 9th!” Since then, many gamers from all over the world have been eagerly waiting for what kind of announcement this was going to be. 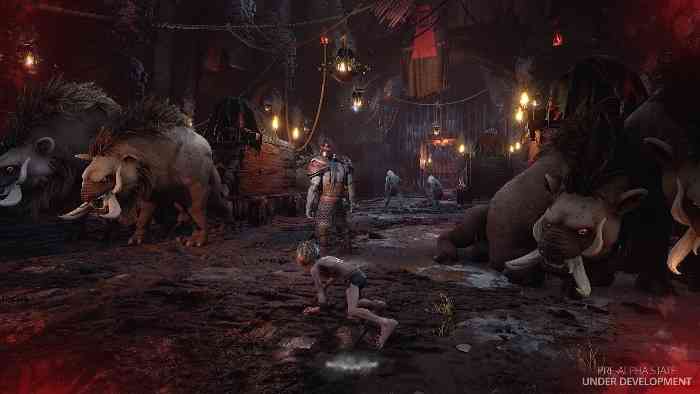 Fans of the game were ecstatic when devs showed a brand-new trailer for The Lord of the Rings: Gollum. It shows Gollum/Smeagol against a pack of “nasty filthy Orcses.” The struggle between the titular character’s two personalities is present. Everyone can see in this preview precisely how they feed off of each other.

Although the game brings a fresh breath of air and a brand-new perspective to the lore, it will stay true to the vision laid out in the LOTR universe. The Lord of the Rings: Gollum players will take on the role of Gollum to win back the precious ring that he lost. They will have to jump, climb, and sneak stealthily through dangerous locations. While doing all of these, they need to make sure that they do not get caught.

Gollum is famous in the LOTR universe for his being sly and skillful. However, it is worth noting that his split personalities tear at him constantly. This aspect will also play into the gameplay. It is up to the players to make the decision which one they want to take over. They can decide to bring out the darker side of Gollum. They can also see if there is still a spark of reason and compassion that remains in what once was Smeagol.

The stealthy action adventure game will release sometime in 2022. It will be playable on PS4, PS5, Xbox One, Xbox Series X/S, Nintendo Switch, and PC.

Do you like The Lord of the Rings: Gollum’s new trailer? Let us know in the comments below.