The Lord of the Rings: Gollum Will Launch on Current and Next Gen

That’s What I’m Tolkien About

Details are pretty scarce about Middle-Earth Entertainment and Daedalic Entertainment’s The Lord of the Rings: Gollum game. We know it will be coming out on next-gen consoles, there will be stealth elements, and not much else. Thankfully, Daedalic gave us all a better picture of what the game will be yesterday at Gamescom. The project manager Saide Haberstroth briefly highlighted what will make this game and this story about Gollum special. We also know that the game will launch on more than just PS5 and Xbox Series X. 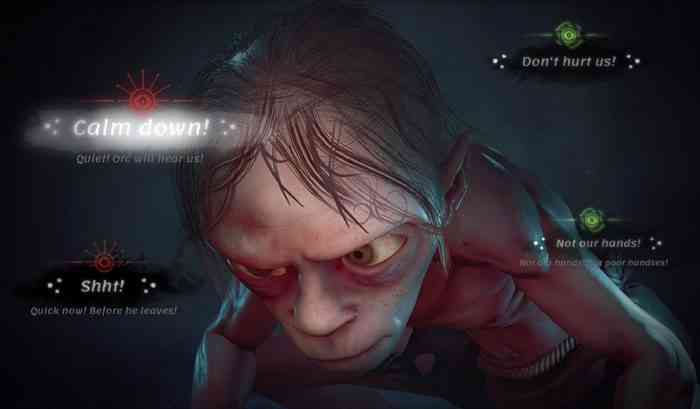 Saide broke down the importance of the players’ actions in the game. Since we all know Gollum is less of a brave warrior and more of a sniveling, creeping, weaseling creature, it cannot be a very combat oriented game. This means that the player will have to sneak around, find alternative solutions, and talk their way through obstacles. Dialogue is important in this game, but having two competing personalities, the player may have to choose between siding with Gollum or Sméagol in certain situations. Depending on previous choices, it may be harder to work things out in specific ways later. If Gollum has an easier way of dealing with things earlier, choosing Sméagol’s options later might be harder.

Is there something about this game that makes you excited for it? Let us know in the comments below.