The Lord of the Rings: Gollum Has a Stealthy New Gameplay Trailer

Lord of the Rings fans gets excited as a new trailer for The Lord of the Rings: Gollum dropped during tonight’s Future Games Spring Showcase. The Sneak Peek Trailer is only 50 seconds but features some gameplay for the upcoming action-adventure title by Daedalic Entertainment. 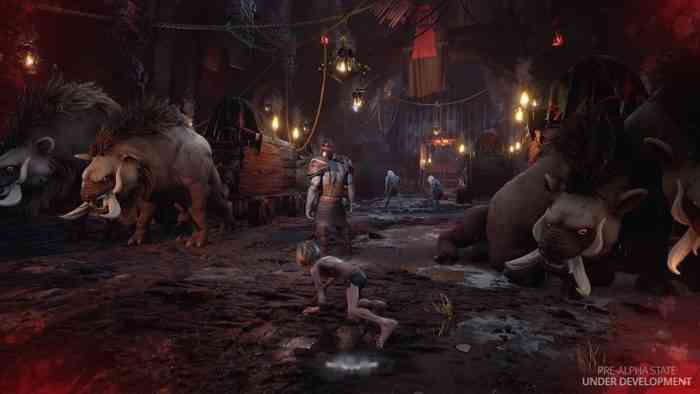 The game will throw players into the role of fan-favorite Lord of the Rings character, Gollum, and will follow his journey from his time as a slave to his stay with the Elves of Mirkwood. The game aims to show you Gollum’s complete story in a way the films and books haven’t in the past.

It appears as if Stealth will be a major aspect of this game as the trailer shows off Gollum sneaking around, climbing, and jumping across platforms in an attempt to avoid enemies. Don’t expect much combat in the game but apparently, Gollum isn’t scared to “assassinate a careless enemy when the chance presents itself”.

Here is a brief description of the game taken from its Steam store page:

“Athletic and agile, sneaky and cunning. Driven by the desire to once again hold in his hands what he lost, Gollum is one of the most fascinating characters in the world of The Lord of the Rings™. He has seen things that others can not imagine, he has survived things that others would not dare mention. Torn by his split personality, he can be vicious and villainous as Gollum, but social and cautious as Sméagol.

The decisions you make and the way you play have a direct influence on Gollum’s personality: Always struggling between the two sides embodied by Gollum and Sméagol, it is up to you to decide whether the darker side of Gollum takes over or if there is a spark of reason left in what once was Sméagol. One mind, two egos – you decide!”

You can view the full trailer for Lord of the Rings: Gollum right here: