The Western anime series RWBY is hitting Nintendo Switch later this year with their first game. RWBY: Grimm Eclipse was originally released in 2016 on PC and then in 2017 on consoles. The game is a hack and slash title focused on the characters that make up Team RWBY. It had received several DLC packs, which added four characters from Team JNPR, as well as costume packs, which included school uniforms, casual clothes, Beacon dance outfits, pajama outfits, and Volume 4 outfits for each of the characters. RWBY: Grimm Eclipse – Definitive Edition for Nintendo Switch will include all the DLC. 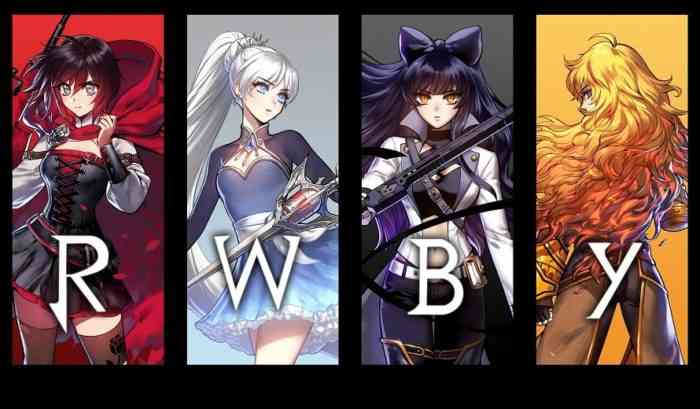 Something brand new to the Definitive Edition will be the Power Armor for Team RWBY (not to be confused with any other types of “power armor”). These outfits appear to be just more heavily armored versions of each of the characters’ clothes. There will also be local co-op options. Previous versions of the game would only have online co-op. It is unclear if there will be more new content for the Definitive Edition or not, or if the Steam, Xbox One, and PS4 versions will get updates to match the Nintendo Switch content.

Calling all Hunters and Huntresses! The definitive version of #RWBY: Grimm Eclipse is coming to #NintendoSwitch on May 13! pic.twitter.com/B2Ur4tVfCh

Last year, Rooster Teeth announced that another RWBY game was being worked on, but since then no word on it’s development. Now that Grimm Eclipse will be coming to Nintendo Switch, fans will be hoping that the new game might also come to the Switch. RWBY: Grimm Eclipse is available now for PC, Xbox One, and PS4, and the Definitive Edition will be coming to Nintendo Switch on May 13th.

Will you be picking up RWBY: Grimm Eclipse? Let us know in the comments below.


RWBY: Arrowfell Review – Some Semblance of the Source Material

Choo-Choo Charles Is Scheduled for a December Release
Next
A Hat in Time DLC Packs Finally Coming to Consoles
Previous
The Lord of the Rings: Gollum Has a Stealthy New Gameplay Trailer