This Will Be the Day We’ve Waited For

Exciting news for fans of anime, video games, and internet. The most popular Western anime RWBY will be coming to gamers… again. Announced during Rooster Teeth’s first virtual edition of their annual convention RTX, the new RWBY game is being developed alongside WayForward and Arc System Works. As you may know, Rooster Teeth is the studio behind Red vs Blue, WayForward is the developer behind the Shantae series and River City Girls, and Arc System Works is the publisher behind the BlazBlue series and many of the Guilty Gear games. 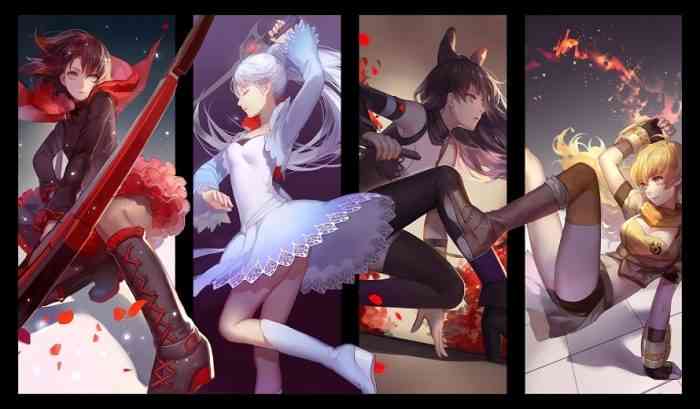 If you are familiar with RWBY, you can probably guess that the game will follow the team of young huntresses Ruby Rose, Weiss Shnee, Blake Belladonna, and Yang Xiao Long. There are not really any details of the game other than the groups with a hand in it and a 2021 release date. The official title of the game has still yet to be decided. RWBY’s writers Miles Luna, Kerry Shawcross, and Eddy Rvias will be directly involved with the direction the game takes.

This will not be the first leap into gaming that RWBY has taken. 2018’s BlazBlue: Cross Tag Battle featured Ruby Rose and Weiss Shnee as guest characters and later added Blake Belladonna, Yang Xiao Long, and the villain Neo Politan to the game. A fan game was also created, and later brought onboard and officially released by Rooster Teeth as RWBY: Grimm Eclipse, which is now available for PC, Xbox One, and PS4. The new RWBY game is expected to launch sometime in 2021.

Are you looking forward to this collaboration between Arc System Works, Rooster Teeth, and WayForward? Let us know in the comments below.


A Second Guilty Gear Strive Beta Announced for Next Month