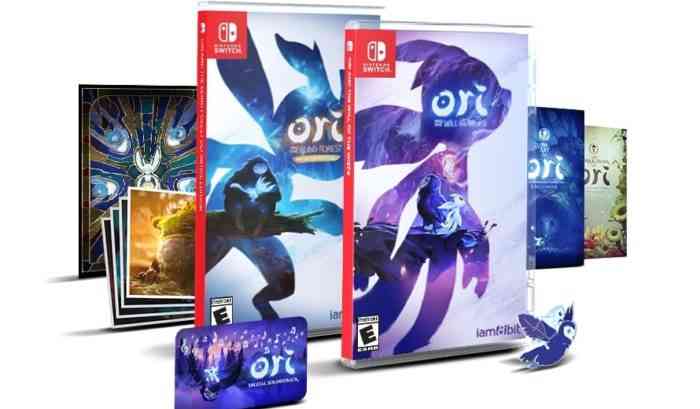 After Ori came to the Switch last year, it was only a matter of time after the sequel’s launch on Xbox One that it would also be coming to the Nintendo Switch. Another pleasant, more surprising bit about this is that there will be a Collector’s Edition coming at a later date. This Ori Collector’s Edition comes with a stained glass art peice, “The Flora and Fauna of Ori” Field Guide, a production art sketchbook, a collectible art card set, an enamel glow-in-the-dark pin, a digital download code for the Ori and the Will of the Wisps soundtrack, and best of all physical copies of BOTH the Blind Forest and Will of the Wisps with reversible covers.

This Collector’s Edition comes in a beautiful flow-in-the-dark, “transforming” display case. It can be pre-ordered now for PC, Xbox One, and Nintendo Switch. Considering all its contents, the $150 price tag sounds like a pretty sweet deal. If you just want the digital copy, you can grab it on Nintendo Switch right now.

Will you be picking up the standard or collector’s edition of Will of the Wisps? Let us know in the comments below.