Lord of the Rings: Gollum is one of the most highly anticipated games as it sends players into the vast world built by J.R.R. Tolkien to explore Middle-Earth and more. The developers have hosted a Q&A session via the official Steam page and discussed a lot of aspects of the game. Daedalic Entertainment are aiming for a release in Fall 2022, however further information on the official date will be disclosed in the future. 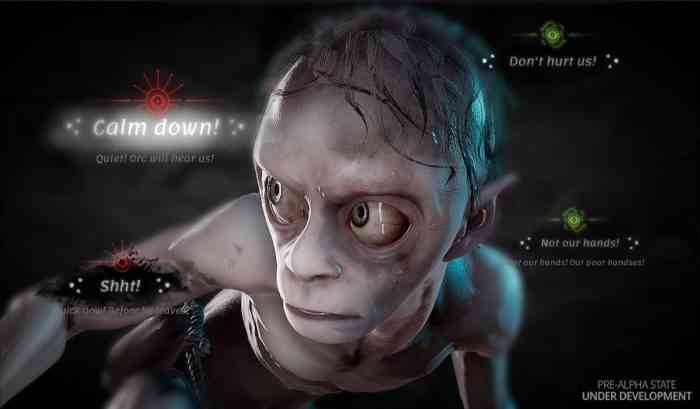 The developers confirmed that the game is an official adaptation of J.R.R. Tolkien’s story and the game is being kept as accurate to the books as possible. The story will take place parallel to the early chapters of the Lord of the Rings including the early times of Gollum and his capture by Sauron. The developers chose Gollum as the main character due to his abilities and story.

Furthermore, the developers stated that the game is an action adventure game with stealth and platform elements. Most importantly, the team is targeting a release in Fall 2022, however more details on that will be released later. Additionally, fans will be able to purchase physical copies of the game and the team is currently working on a Deluxe Edition. Fans will have to await more details on the minimum specifications required to play the game.

In Lord of the Rings: Gollum, players adopt the role of the infamous character as he makes decisions and more. Will you be Gollum or Smeagol?

What are your thoughts on Lord of the Rings: Gollum? Are you excited for its release? What do you think about the responses in the Q&A? Do you think the game will be released in Fall 2022? Let us know in the comments below or on Twitter and Facebook.