An upcoming game making waves these days has been Kao the Kangaroo. The platformer series’ popularity from the early 2000s is making it a welcome title on PC, PlayStation, Xbox, and Nintendo Switch next week. If you were a diehard Kao fan of yesterday, you may want to consider trying to get the Kaollector’s Edition.

Like most Collector’s Editions, Kao the Kangaroo Kaollector’s Edition comes with a bunch of physical goodies. The catch is that there will only be 5000 of these sets released worldwide. If you want one, you will probably have to pay a hefty price. We say “probably” because the price is not yet listed. 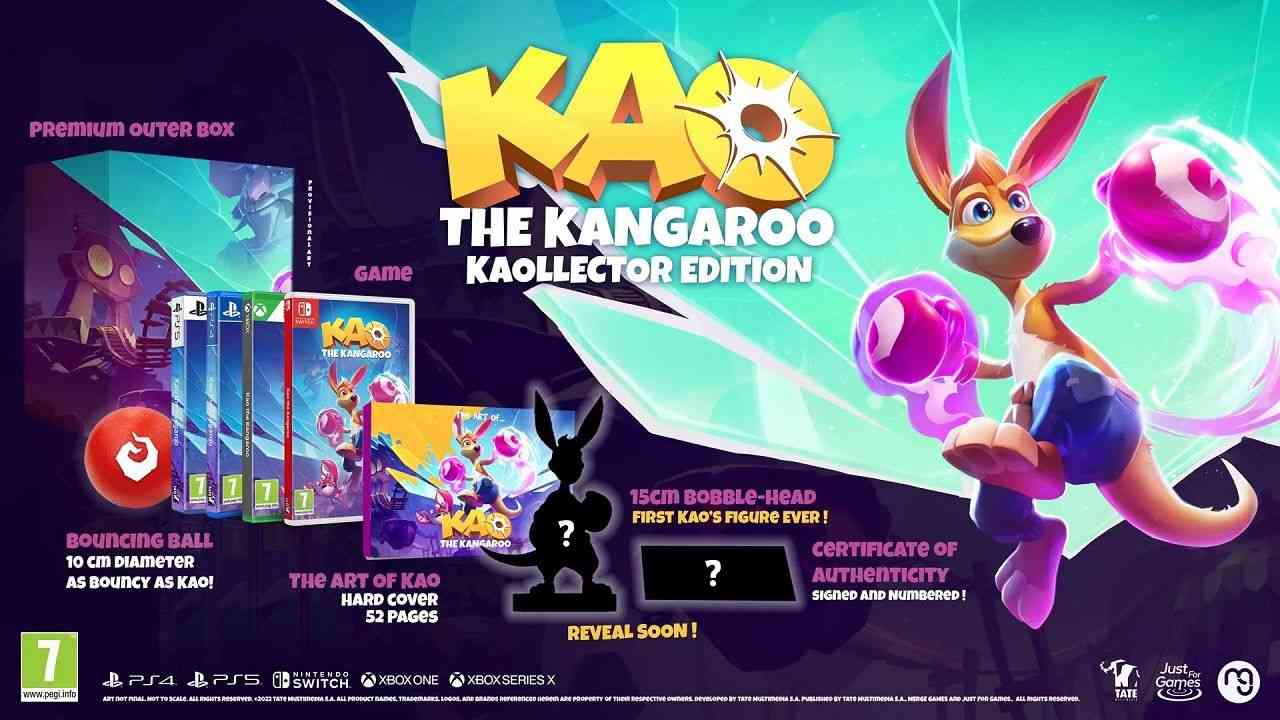 Let’s focus on the contents for now. Obviously, it comes packaged with the game. It also comes with a 10cm (diameter) bouncing ball, a 52 page hard cover art book, a numbered and signed certificate of authenticity, and a 15cm tall figure of Kao. The designs for the figure and certificates have yet to be revealed. Everything comes in a collector’s box.

Kao the Kangaroo will be launching this coming week. Now would be a good time to release more critical information on this package. You know, cost, release date, pre-order date?

Kao the Kangaroo will be out on May 27th for PC, PS4, PS5, Xbox One, Xbox Series X|S, and Nintendo Switch.

Would you like to get one of these exclusive bundles? Let us know in the comments below.

FNaF: Security Breach Collector’s Edition Available for Pre-Order
Next
Valorant Devs to Fans: ‘Bear With Us Until Next Week’
Previous
Lord of the Rings: Gollum Story Is Parallel to LOTR’s ‘Early Chapters’