Save Gotham.. In Style

Gotham Knights is now available for pre-order, but one new option for the die-hard fans is now available. The Collector’s Edition is priced at $299 and will include the deluxe edition of the game alongside various other perks. 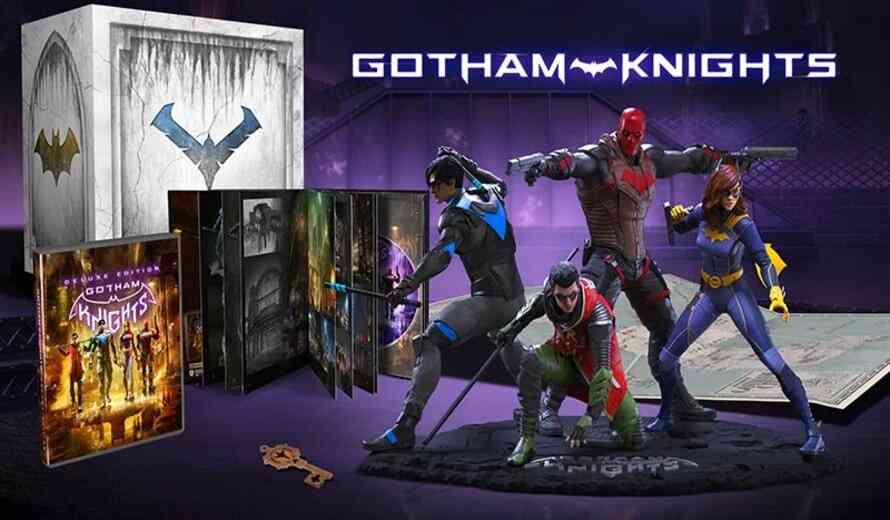 The Deluxe Edition of Gotham Knights alone would cost players $89.99 and will include a Batman Beyond Suitsyle, 3 suit colorways, boosted gear, salvage for new gear, as well as an exclusive “Knightwatch by Jim Lee” Transmog.

Players who would rather just pre-order the game for the $70 price tag will also be getting a small perk in the form of a 233 Kustom Batcycle Skin on the day the game launches. The pre-order bonus is inspired by Batcycle shown in the vehicle’s first appearance in DC’s Detective Comics #233.

The pre-order for Gotham Knights was kicked off right after WB Montreal released a new gameplay demo showing off Nightwing and Red Hood in action. Along with that announcement, WB Montreal also revealed that the game has been canceled for last-gen consoles in order to optimize the player’s experience.

The game is set to start a whole new DC story from scratch where both Bruce Wayne and Jim Gordon are dead. In their absence Nightwing, Red Hood, Batgirl, and Robin team up in order to save the city from unknown threats and without the help of a now corrupt GCPD.

Gotham Knights is now available for pre-order for the Xbox Series X/S, PlayStation 5, and PC.