Lately, public opinion of CD Projekt RED is a mixed bag. You talk about The Witcher games and we love them. You talk about Cyberpunk 2077 and… well, not so much. They have their work cut out for them and in a recent business briefing, they laid out some release windows for content regarding these two franchises.

We know that CDPR has a few things in the chamber already, like The Witcher 3 on Xbox Series X|S/PS5 and Cyberpunk 2077 DLC. The business briefing tells us that H2 2022 (July-December 2022) is when they will start making their moves. 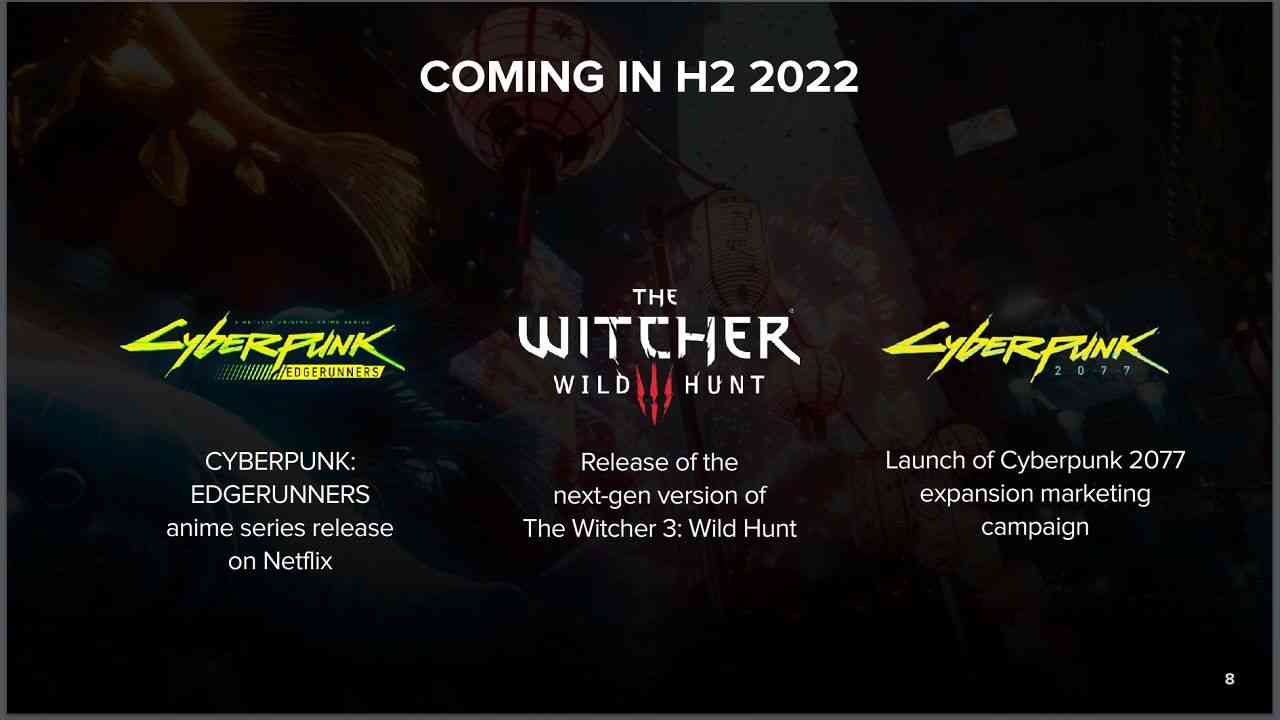 For starters, Cyberpunk: Edgerunners will begin streaming on Netflix. This anime will be a standalone arc, so the exploits of V and Johnny Silverhand will not be crossing over into it. However, it does take place within Night City and we may see some familiar faces or at least mention of some of the city’s legends.

The Witcher 3’s XSX/PS5 upgrade is already slated for release sometime in 2022 and that window has not yet narrowed. However, it is going to be including some tie-in content with the Netflix show. Maybe that means some official TV show skins for Geralt or Triss? Perhaps a Toss a Coin to Your Witcher title screen song? That would be lovely.

Lastly, you will notice the Cyberpunk 2077 DLC. Read carefully. It says “Launch of Cyberpunk 2077 expansion marketing campaign“. That means they will being talking about it. We might have a DLC title, story synopsis, or maybe even a trailer. Don’t expect it to actually launch this year though.

What are you most looking forward to here? Let us know in the comments below.

Apparently, Writers of Netflix’s ‘The Witcher’ Hated The Games
Next
The Callisto Protocol Is No Longer Taking Place in the PUBG Universe
Previous
F2P Roller Champions Is Now Live After Multiple Delays