Ace Combat 7 is collaborating with Top Gun: Maverick. The upcoming project will launch  on May 26th. This will be a day before the film’s theatrical release. It will feature three different types of aircraft. Unfortunately, the trailer only shows one of them. Fans expected this so that spoilers could be avoided.

The DLC will include Maverick’s F/A-18E Super Hornet with insignia that is unique to the game. It will also showcase the F14A Tomcat that has Goose’s and Maverick’s names under their respective cockpits. 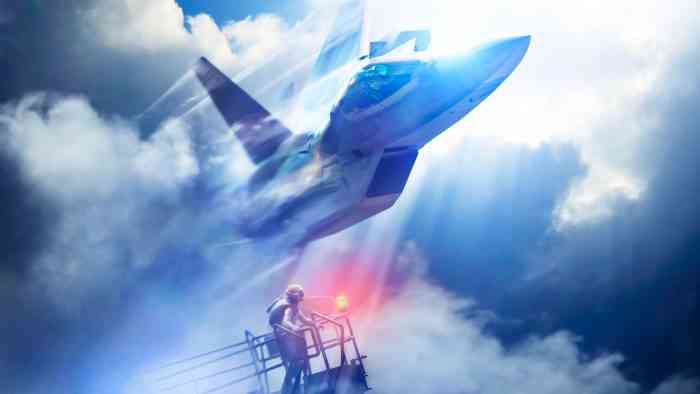 Both Top Gun: Maverick and Ace Combat 7 have the same kind of fantasy. The main plot is a roguish pilot who flies planes at supersonic speeds in order to defeat the villains and save the world. With that said, majority of Ace Combat fans are most likely fans of the Top Gun franchise as well. Bandai Namco perfectly picked the right collaboration to launch their new game.

The upcoming movie is actually a sequel to the original film. Tom Cruise’s Maverick character is now a teacher. He is instructing a new generation of fighter pilots.

Ace Combat 7 was the franchise’s latest installment in 2019. According to multiple reports, the game was a successful comeback to what made the series great in the first place. Basically, it involved fighter jets blowing each other up in over-the-top scenarios. Project ACES certainly did a great job in maintaining the game within its genre. With that said, the upcoming DLC crossover makes a lot of sense.

Ace Combat 7 devs have also recently confirmed that the Top Gun: Maverick DLC is not going to bring any new missions, story, or maps. It will simply add the new fighter jets, emblems, and music. Unfortunately, there is no word regarding its cost at the moment. However, fans are hopeful that it will not be too pricey.