The World of Caelum is Yours to Explore

Welcome to a vast, ever-changing, fantasy world. A world full of high stakes adventure and important choices. Today Curious Panda Games is excited to announce that their turn-based RPG, The Iron Oath, is in Early Access now on Steam. In edition to the Early Access launch announcement, a launch trailer also gives players a better look at the game and its world. 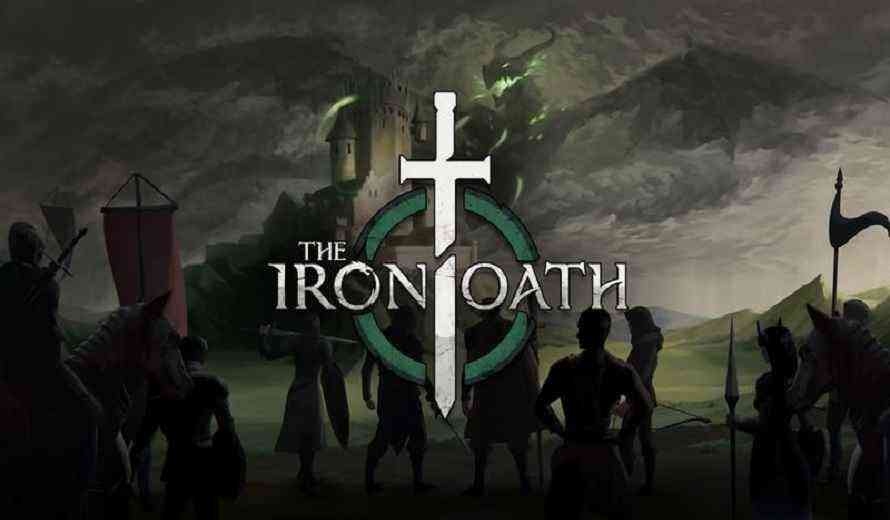 The Iron Oath places players in charge of a mercenary company in the fantasy world of Caelum. The game is focusing on high-stakes and tactical combat where planning is everything. However maybe one of the most interesting and mechanical features of The Iron Oath is time. As you explore and navigate the world time passes. Of course, with the passage of time things change. Your warriors grow old, retire, or die. Furthermore it’s not only your mercenaries that change.

Caelum is a world of noble houses, and sprawling cities. These too change with time. Cities fall in wars, only to rise again later. Throughout all of this change, it’s your job to find out where your company fits. Manage your team’s finances, roster and political relations. Of course, you aren’t going to agree with every faction so you’ll need to accept contracts from those you align with. If you care where you make your money that is.

The Iron Oath is out now on Steam Early Access. Additionally, the team behind the game has made a roadmap clear for players. The roadmap includes what is to come all the way up until the release of the game later this year it seems. So, are you ready to take the reigns of your own mercenaries? Will you lead wisely? Or perish? 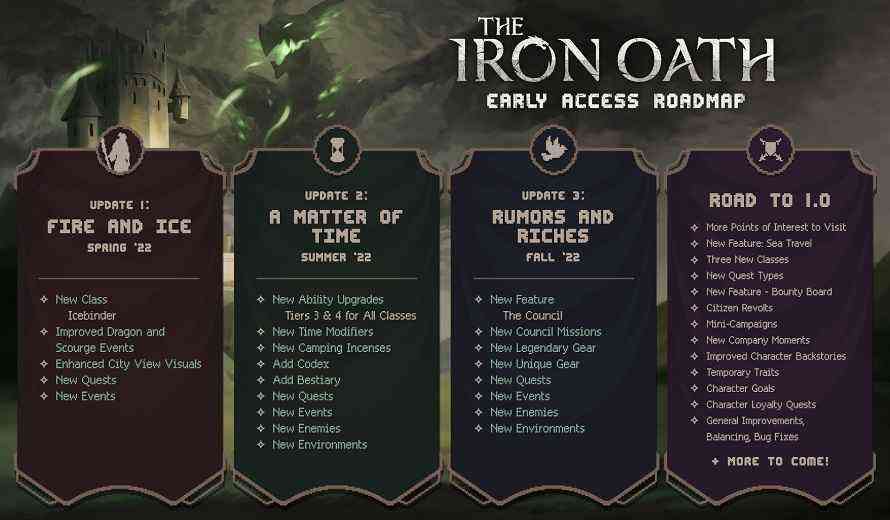