A new collaboration has been released onto Minecraft. It’s not a doggy daycare, nor is it a full DLC, but it is an exciting development for people who miss the old-school fighting games. 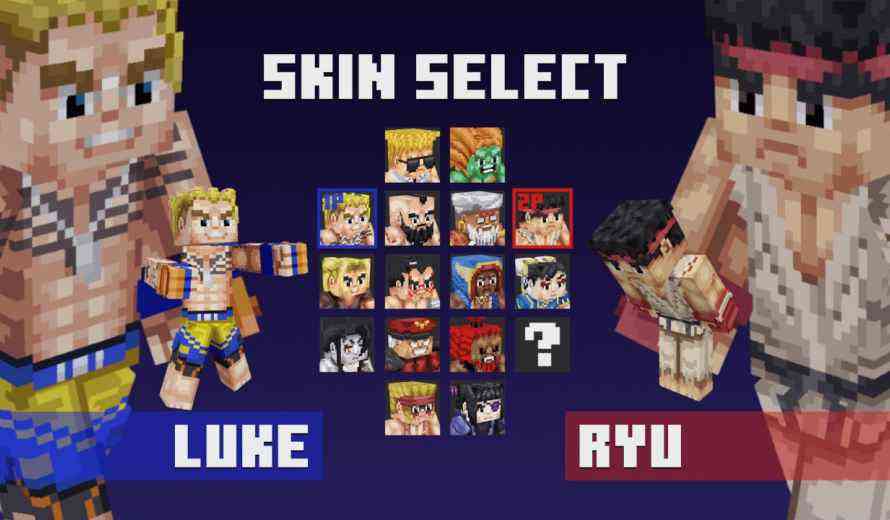 Called the Warrior Skin Pack, 57Digital and Capcom have brought together a new pack for Minecrafters to enjoy. For those who are familiar with the Street Fighter series (or as they’re also known World Warrior), they have released 35 skins for players to choose from. These include the classic street fighter characters such as Ryu, Luke, Ken, and Chun-Li.

As part of the celebration for the release, Minecraft is gifting one free Character Creator item for players to claim plus twelve paid character creator items.

While this is not a free DLC, like Crafty Costumes, Timeless Toy Skins, and other DLCs by Minecraft, the price isn’t outrageous either. On the Minecraft Marketplace, the Warrior Skins Pack is currently 490, making the conversation rate at a little over 2.00 to 3.00 USD.  For those who are a fan of the Street Fighter franchise, or simply would like to go with the idea of punching creepers while exploring the world in survival mode, this could be a lot of fun for long-time fans of Minecraft fans or Street Fighter lovers.

Whether this means other future collaborations between Capcom and Minecraft in the future- with perhaps, being able to fight Creepers or other monsters in the next Street Fighter game- has yet to be seen.

For those that are interested, the Warrior Pack is currently available now, for any Minecraft using device- on PC, PlayStation 4, Xbox 360, and Xbox One.

Would you want to have the Street Fighter skins for your Minecraft experience? What sort of Minecraft collaborations do you want to see in the future? Let us know on Twitter or Facebook!