Speculation and rumors about the 1996 GoldenEye have been on the rise lately. GoldenEye, a James Bond game that was released on the Nintendo 64 back in the 90s, was a popular game at the time. It helped that it filled with the first shooter fun, and at the time, great multi-player possibilities. 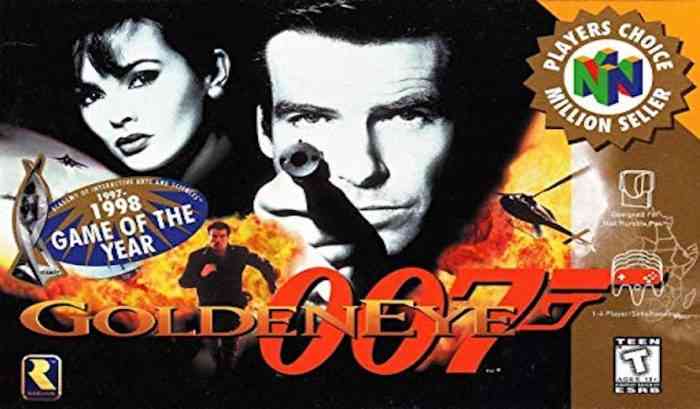 And while we’ve noticed in fall 2021 that there was a German ban lift of GoldenEye, and the possible Xbox port on New Year, 2022, there’s now been another drop of hints that have made everyone excited.

Game industry reporter, Andy Robinson dropped a mysterious Twitter that could very well be about the game. It was not very specific, and deliberately vague but it reads: “I wouldn’t be surprised if a certain super spy returns in the next few weeks.”

While there have been jokes about James Pond by other people on Twitter, (a child’s game about a fish as a spy), Robinson has not elaborated on the details. While there is a set of photos with Christoper Dring, the head of Gameindustry.biz, neither of them have commented further on the tweet, nor have spoken about what it implies.

I wouldn’t be surprised if a certain super spy returns in the next few weeks.

There are a number of super-spy and possible spy video games that this could imply, GoldenEye 007 is the game that seems most likely. Simply, because we’ve been hearing about this game the most. There does not appear to be any word of other past games concerning super spies as of late, and the German ban being lifted early, when there was only a little more time to go, is very telling.

As well, Robinson does lend some creditability for the fact that he is known to have contacts within the creators of the GoldenEye 007 game, Rare studio.

But we will not know for sure until we have word from the studio and publisher letting us know.