GoldenEye 007 Online Multiplayer Will Be a Switch Exclusive

GoldenEye 007 Online Multiplayer Will Be Exclusive to Switch Users

GoldenEye 007 is officially making a return to the Xbox Game Pass and the Nintendo Switch. Devs first released the game back in 1997. It has been a beloved classic within the gaming community since its launch. Unfortunately, it has come to light that the game’s online multiplayer mode will only be available to the latter. 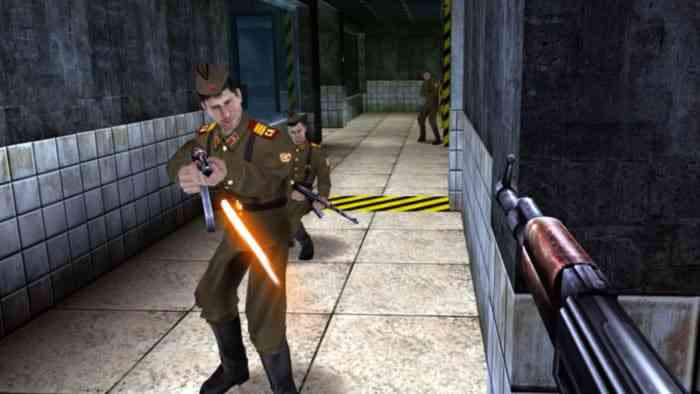 According to the announcement on the Xbox Wire website, GoldenEye 007 will be available to Game Pass subscribers in the future. It will launch with native 16:9 resolution and up to 4K Ultra HD. There will also be multiple achievements for players to learn. The website did not mention anything related to online multiplayer at all.

It was later confirmed that the game’s online multiplayer format will only be available to Switch users. With that said, fans can access the feature with the Nintendo Switch Online subscription along other Nintendo 64 titles. Examples of which are Pilot Wins 64, Pokemon Stadium, Mario Party, and many more. Fans who want to challenge their buddies to an online match should definitely make sure to grab a copy of this edition.

Some fans find it a bit strange that GoldenEye 007’s online multiplayer feature will only be available to the Switch, especially since the game itself is launching to Xbox platforms on Game Pass as well. At the very least, fans can still enjoy its entire campaign from start to finish.

To date, there is no exact release date just yet. However, Game Pass subscribers can start to play it on the very first day that it releases to the gaming market.

Are you looking forward to playing the game on Game Pass or Nintendo Switch? Please let us know in the comments below.

Fire Emblem Engage Video Review – Put a Ring on It
Next
A New Tekken Title was Just Revealed for PS5, Xbox Series X, and PC
Previous
Legend of Zelda: Tears of The Kingdom Confirmed for May 2023