Gaming is a hobby for everyone. With hundreds of millions of gamers around the world having a disability of some kind, it is key that developers keep accessibility as a focus of game design. Today Developer Playground Games announced that it would be including new Sign Language Features in the game in March. A blog post, on Microsoft’s Website, provides more details about the Sign Language Features and how the game implements them. Equally as important, the post discusses the deaf and hard of hearing people who made these features come alive.

“Games demand things of you in order to experience them. And when you do that, then there are going to be players who find different things, different levels of challenge.” Says Mike Brown, Creative Director of Forza Horizon 5, in the post. “I think we are going to keep pushing and keep solving those problems for people for a very, very long time.” 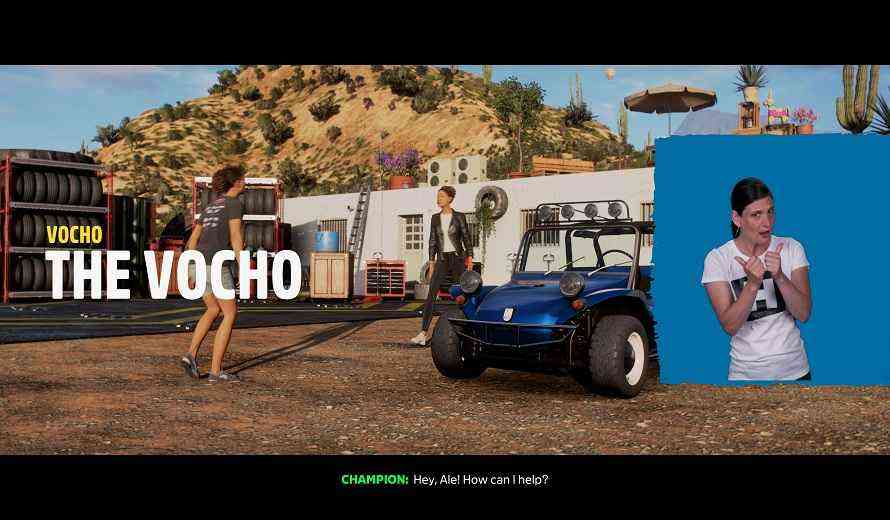 The features coming with the update include actors, from the deaf and hard of hearing community, signing in multiple parts of the game. Over 300 scenes employ the actors in parts of the story, challenges, preparing for a race, meeting other players, and more. Of course, the update introducing ASL and BSL to the game is coming March 1st.

“It really sets a precedent; it sets a bar. It’s very much like new territory because if a company like Playground can do this, why can’t other big studios go to the same lengths?” Says Cameron Akitt, a hard of hearing Sign Language consultant at PlayGround Games, in the post.

The free update, featuring the Sign Language features, is coming out March 1st, 2022 to owners of Forza Horizon 5.