Ubisoft’s third-person action fighter For Honor is getting a new season with a bunch of added content. Year 5 Season 4 Frozen Shores is coming out on December 9th to all platforms. 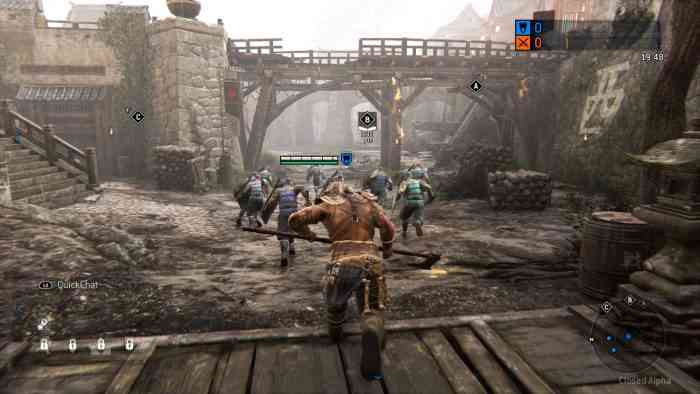 As For Honor moves away from the ever rainy Season 3 Tempest, players can expect a slew of new content in the coming season. Frozen Shore will bring with it a limited-time event called Frostwind Celebrations. Frostwind Celebrations is adding a new Paired-Emote, a Battle Outfit, an Effect and an Ornament that players can unlock through the event’s free battle pass. The event will run from December 9th to the 30th.

This season is also adding the long-awaited Shinobi rework. First announced back in July of this year, the hero’s changes are finally being added to the game. Ubisoft focused on making the character more consistent. They took away Shinobi’s bleed damage and changed the values of his standard damage to account for this. They also made a few changes to his double dodge. Shinobi now has access to his openers from double dodge but can no longer double dodge backwards. These are only a few of the changes that are included in the rework, and he will likely feel like a new hero after they come out. The rework is coming out at the start of the season.

The next phase of Testing Grounds is also coming out soon. It will run from December 30th to January 6th. Ubisoft will be testing changes to the Dominion game mode and Conquerer. The developers will be looking at Dominion’s capture speed, renown gain, hardpoints and UI. The Conqueror rework will include changes to his chain offense and charging options to make him better in 1v1 situations and changes to his Full Block Stance to make him better in 1vX situations. Ubisoft is also looking into making him less frustrating to both play as and against.

Lastly, Ubisoft also announced a new hero is coming out very soon. There is little information about the hero, but Ubisoft did say that he/she will come out with Title Update 2 on January 27th of next year.


Crossplay Is Officially Coming To For Honor Very Soon

For Honor, Darkest Dungeon And More Come to Xbox Game Pass In June