For Honor Hacking and Slashing its way into the Next Generation

Ubisoft is best known for its open world sandboxes like Assassin’s Creed and Far Cry, but last generation they tried something truly different with the excellent multiplayer melee weapon fighting game For Honor. Ubisoft today announced that For Honor is coming to next-generation consoles via backwards compatibility with some advanced features. 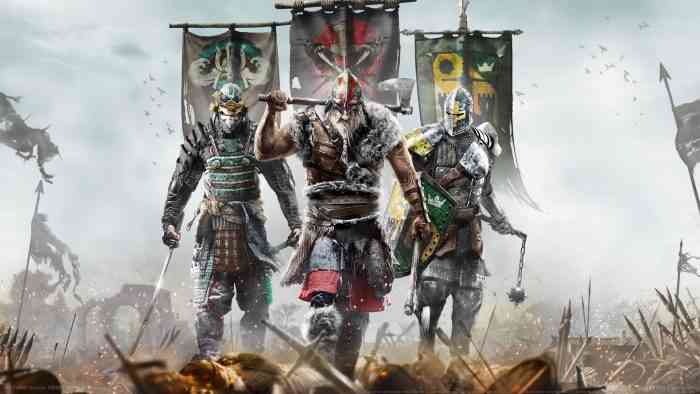 Ubisoft has been very consisent with updates for the game, offering free new seasons at least four times per year in each year since release. This adds up to a significant number of new maps, armour, and weapons added in the nearly four years since For Honor launched. They have also leveraged their considerable back-catalogue by offering crossover events for Prince of Persia and Assassin’s Creed.

If you boot up for Honor on PS5 or Xbox Series X/S you will enjoy the advanced features that debuted on the PS4Pro and Xbox One X, including:

Furthermore, if you already played on PS4 or Xbox One, all purchases and inventory will transfer over.

When For Honor first launched, we were impressed by its surprising depth, this is no button masher but instead a game that takes real patience and study to master. Learning how each hero controls, the speed, the right timing, all of this comes not from upgrading a skill tree but upgrading your own ability, which perhaps accounts for the continued fan engagement with the game. Now is as good a time as any to jump in, with Ubisoft promising the game will run at 60fps in its Year 4 Season 4 update coming early next December.

For Honor was something of an experiment for Ubisoft, a very different game from what they typically produce, and as it has developed they have used a similar update structure for their other games including Rainbow Siege. With no sequel plans confirmed, we can’t know if they are porting to next-gen to keep current players engaged, to maximise profits from dlc, or to lay the groundwork for a potential next instalment. Most likely, a combination of all three.

What do you think about For Honor? Do you want to see more?! Let us know in the comments!