Survival Is What They Do

Nintendo’s Super Smash Bros. may have the biggest video game character crossover on lock, but Brawlhalla’s roster and guest list is nothing to scoff at. Though it is not as vast, in some ways it can be considered more diverse. Where else can you get WWE superstars entering the ring with characters from Ben 10, Tomb Raider, Adventure Time, and Hellboy? We see reality TV mixed with cartoon TV shows, mixed with video games, but the upcoming Brawlhalla crossover will see yet another show shamble on in with AMC’s The Walking Dead. 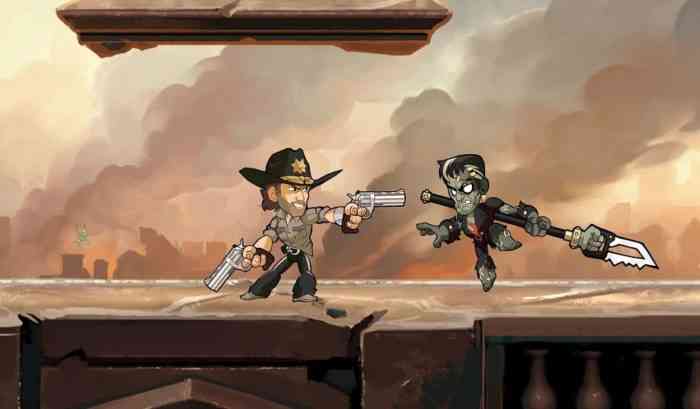 Next week, fan favorites of The Walking Dead will be joining Brawlhalla. Rick, Michonne, and Daryl will be entering the fray as skins for Barraza, Koji, and Ember, respectively. Not only will the characters show up, but one of the show’s iconic/infamous settings will be in the game. The prison where most of season 3 and 4 had taken place will be a stage. There will also a mini-event tied to these characters, which is basically a horde mode, where players will fight against Walkers.

Unfortunately, there has not been a gameplay demo of these characters like previous crossovers have had, but players will be able to take on the dead and the living alike soon enough. The Walking Dead crossover will go live on October 14th. Brawlhalla is free to play for players on PC, Xbox One, PS4, Nintendo Switch, and mobile platforms.

Which is your favorite crossover in Brawlhalla? Let us know in the comments below.