For Honor Crossover with Assassin’s Creed in Special Event

The worlds are connected!

Ubisoft has the MCU of gaming, it’s like the Ubisoft Gaming Universe… the UGU? Can we call it that? Let’s do it. Get it trending. Ubisoft has placed many Easter Eggs in titles, connecting the worlds. Assassin’s Creed IV had a Watchdogs flag, Sam Fisher’s goggles could be found in The Division, and Assassin armour can be found in Rainbow Six: Siege. Today Ubisoft announced a For Honor crossover event adding Assassins and Templars from Assassin’s Creed. From December 20th to January 10th players will be able to fight for either of these factions. 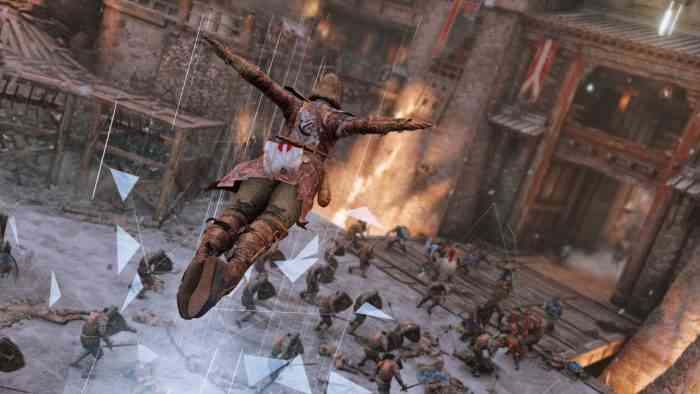 In this event, the matches seem to be set within the Animus. Assassin’s Creed villain Warren Vidic has replaced the match narrator. The maps also have visual glitches present in the AC games as a reminder of being in the Animus. The event are also decks out the armies in either Assassin or Templar emblems, they carry their flags and banners. For secret organizations, they really put an emphasis on style.

The For Honor crossover is not all aesthetics however. One of For Honor’s game-types Dominion is spiced up with some Assassin’s Creed flair. In the game mode, when a team claims the zone on their enemies side, the enemy commander enters the fray. Ezio Audetore da Firenze leads the Assassin army and Cesare Borgia leads the Templars. Defeating the opposing side’s commander earns a team 300 points towards their 1000 goal. As with all previous For Honor events, players can customize their warriors with items, this time with familiar weapons from the AC series. Assassin’s Creed’s signature air assassinations will also replace all drop attacks.

As mentioned above, the event will be active from now (December 20th) until January 10th. To draw new players in, Ubisoft has put For Honor on sale for select dates. Details can be found on Ubisoft’s website.

Will this event bring you (back) to For Honor? Would you like to see publishers do more crossovers like this? Let us know down below, and be sure to stay up to date with all For Honor and Assassin’s Creed news on our site.