Ubisoft’s For Honor has been a great success since its launch as it pits players into intense combat wherein they take the roles of amazing warriors of four different factions, the Samurai, Wu Lin, Vikings, and Knights. Each faction has their own benefits, abilities, and skills that allow players to succeed on the battlefield, whether it be in a one-on-one situation or team game modes.

In its latest trailer, Ubisoft has unveiled its latest legendary warrior to the game, Kyoshin. 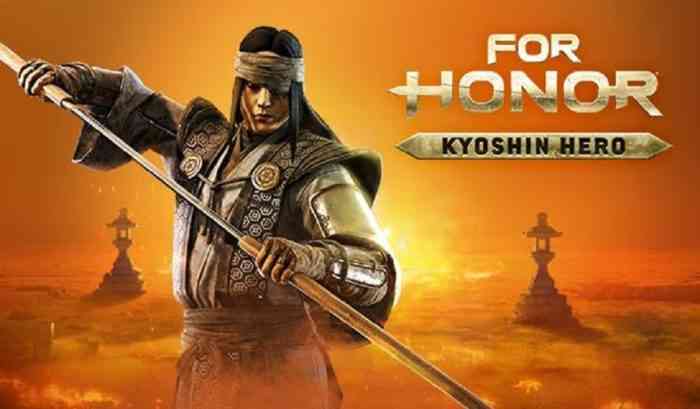 The Kyoshin were born into a world of warfare and due to their training from a young age, they have grown to master the art of fighting with the Shikomuzie, a single-handed blade and scabbard. Using this lethal weapon, their speed and other attributes, they can quickly defeat foes who give them a single opportunity. Kyoshin’s outfit looks really cool with its Samurai influence and golden tinge.

To celebrate the release of Kyoshin, Ubisoft has brought back the friend referral program with more details coming 22nd July. Furthermore, between 15th to 19th July, For Honor will be hosting a free to play weekend for all! At the end of the free weekend, For Honor will be on sale at an 85% discount, and any progress made will be carried over to the full version.

Do you play For Honor? Are you excited for the launch of Kyoshin? Let us know your thoughts in the comments below or on Twitter and Facebook.