Another Video Game Series To Netflix

In July 2018, Capcom announced that the Monster Hunter series would be getting its own 3D animated special as at the time, series producer Ryozo Tsujimoto stated ““We think die-hard fans will appreciate our dedication to the source material while those uninitiated to the series will still be treated to an epic adventure in a wholly unique world.”

Capcom has now confirmed that Monster Hunter: Legends of the Guild, an animated special from Pure Imagination, will be launching exclusively on Netflix on 12th August. 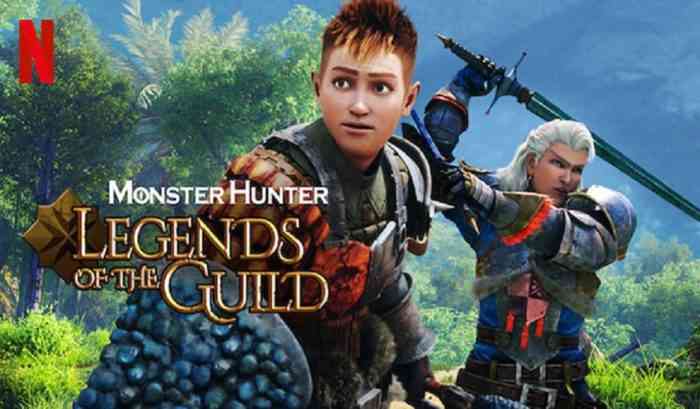 In Monster Hunter: Legends of the Guild, humans and monsters coexist in the world peacefully, but the balance can be shifted at any time. Aiden, a young hunter who protects his village, learns of the Elder Dragon, a mysterious monster that may destroy his village. In an effort to protect his village, as is his duty, Aiden sets out on a journey to unlock the mysteries of the world alongside his companions and Julius, a member of the Hunter’s Guild.

The Monster Hunter franchise coming to the homes of millions of fans worldwide is no surprise, as the game has seriously skyrocketed in popularity over the years, proven by the fact that the recent release of Monster Hunter Stories 2 was well received. With Monster Hunter, Resident Evil and The Witcher series all ending up on televisions across the world via Netflix, what other games can we expect to make the jump across to this form of media?

Are you excited for the release of Monster Hunter: Legends of the Guild? Let us know your thoughts in the comments below or on Twitter and Facebook.